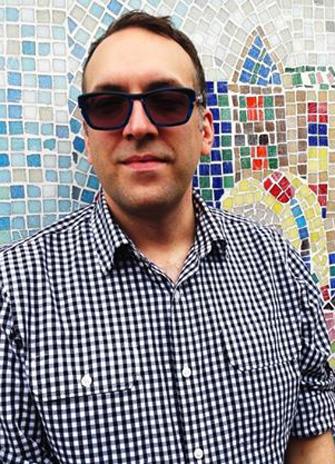 English Professor Darren Gobert in the Faculty of Liberal Arts & Professional Studies has been awarded the Barnard Hewitt Award for Outstanding Research in Theatre History for his book The Mind-Body Stage: Passion and Interaction in the Cartesian Theater, published by Stanford University Press. Gobert received the award at the American Society for Theatre Research (ASTR) conference in Baltimore in November.

This is the second award that Gobert has received for The Mind-Body Stage. Last spring he was awarded the 2013 Ann Saddlemyer Award by the Canadian Association for Theatre Research.

“ASTR is the central organization in theatre research, and the Barnard Hewitt Award arguably the field’s most esteemed book prize,” said Gobert. “I feel incredibly honoured to be joining the ranks of such past winners as Stephen Orgel, Martin Meisel, and Joseph Roach. Last year’s winning book by Judith Pascoe is one of the most remarkable works of theatre history I’ve ever encountered. It’s still hard to believe the company that I’ve been put in.”

ASTR recognized The Mind-Body Stage for its innovative approach to theatre history, interdisciplinary scope and meticulous research. Gobert conducted research for the book in England, France, and Sweden, where he analyzed a wide variety of historical documents, including letters, libretti, religious pamphlets, aesthetic treatises, and architectural plans.

“The Mind-Body Stage enters the realm of seventeenth-century philosophy and finds there the key to understanding the profound influence it exerted in drama, stagecraft, playhouses and performances; influences that would shape not only theatre throughout the 18th century, but theatre to the present day,” said Mechele Leon, Barnard Hewitt Award Committee Chair. “This book demonstrates not only solid research but also the kind of innovative thinking that moves our field forward.”

The Barnard Hewitt award is given annually to an author whose book published in the previous year demonstrates outstanding research in theatre history. Barnard Hewitt was an American professor who specialized in dramatic literature and theatre; he is considered a pioneer in the historical study of American theatre.

Gobert is Graduate Program Director in the Department of English and a member of the Graduate Program in Theatre and Performance Studies. In addition to the Ann Saddlemyer and Barnard Hewitt awards, he has received a Dean’s Award for Outstanding Teaching and the Polanyi Prize for Literature. In November 2014, Gobert published his second book, The Theatre of Caryl Churchill, an essential guide to one of Britain’s most renowned contemporary playwrights.