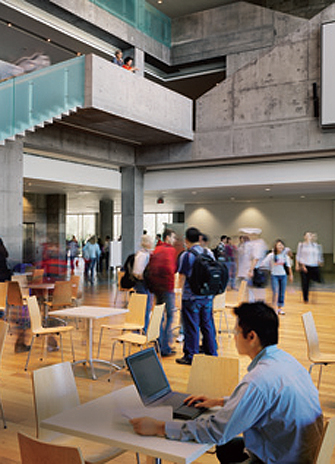 The Schulich School of Business at York University announced yesterday the J. Mark Lievonen Scholarship for MBA students enrolled in the Health Industry Management Program (HIMP), which celebrates its 10th anniversary this year.

The J. Mark Lievonen Scholarship was established by Sanofi Pasteur Limited and Canada’s Research-Based Pharmaceutical Companies (Rx&D) to honour Mark Lievonen’s exceptional leadership and contributions to the health and pharmaceutical sectors. Lievonen (BBA ’79, MBA ’87) is currently president of Sanofi Pasteur Limited and chair of the Board of Directors for Rx&D and was recently honoured for his outstanding public contribution at Schulich’s 2014 Alumni Recognition Awards. Lievonen has also made a generous gift towards the establishment of the scholarship.

The annual scholarship, which will award approximately $7,000 to a second-year MBA student enrolled in Schulich’s Health Industry Management Program, will be announced at a first-ever stakeholder conference being organized by Rx&D. Sanofi Pasteur Limited and Rx&D have each contributed $25,000, and Lievonen has contributed an additional $25,000. York University will match the annual income generated by their contributions, effectively creating an endowment valued at $150,000.

“The J. Mark Lievonen scholarship is a tremendous vote of confidence by industry leaders in Schulich’s MBA students who are preparing to become Canada’s next generation of leaders within this country’s vitally important health industry,” said Brenda Zimmerman, director of Schulich’s Health Industry Management Program. “We especially appreciate this important industry investment in our students as Schulich’s HIMP program celebrates its 10th anniversary.”

Since 2004, more than 300 MBA students have graduated from Schulich’s Health Industry Management Program, which prepares students for leadership careers in public, private and non-profit sectors within the complex, rapidly growing industry, both in Canada and globally.

“As an alumnus of York, I am proud to be able to further the success of Schulich’s Health Industry Management Program,” said Lievonen. “We recognize the need to prepare the best and brightest minds to take leadership roles in Canada’s health-care sector.”

“Schulich is proud to be able to offer this scholarship in honour of one of Canada’s foremost health industry executives and one of our school’s most successful graduates,” said Schulich Dean Dezsö J. Horváth. “Any student of business, and especially those planning a career in health industry management, would do well to follow the excellent example of Mark Lievonen.”

Under Lievonen’s leadership, Sanofi Pasteur has become a billion dollar enterprise in Canada, manufacturing over 50 million doses of vaccines for both domestic and international markets.

He is a director of Oncolytics Biotech Inc., chair of Canada’s Research-Based Pharmaceutical Companies (Rx&D), vice-chair of the Ontario Institute for Cancer Research, and serves on the boards of the Public Policy Forum, BIOTECanada and the Markham Stouffville Hospital Foundation.

He holds a BBA in accounting and an MBA in finance and marketing from the Schulich School of Business, York University. He is a chartered accountant and received his designation while working with PricewaterhouseCoopers.

Lievonen was the recipient of a Queen’s Golden Jubilee Medallion in 2002, was named a Chevalier de l’Ordre National de Mérite by the government of France in 2007 and received the Queen’s Diamond Jubilee Medal in 2012. He was elected a Fellow of the Institute of Chartered Accountants of Ontario in 2009 and was inducted into the Canadian Healthcare Marketing Hall of Fame in 2013. In 2014, he received the Life Sciences Ontario Lifetime Achievement Award.