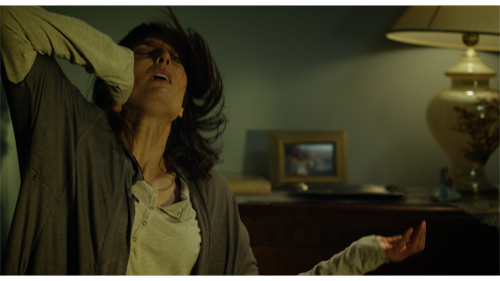 How should we respond to the many kinds of crises facing society today? Concerns such as climate change, political turmoil and technological transformation present immense challenges to the imagination.

“This is the first international graduate student conference to be organized by York Cinema and Media Studies students and the Department of Film,” said Scott Birdwise, who co-chaired the organizing committee with fellow PhD student Chloe Johnson.

Imagining Crisis will feature seven panels and 22 presenters from across Canada, the United States, and Britain. Panel topics include “In Defence of the Future”, “War Games” and “Radical Identities”.The conference begins on Friday, Nov 21 at 2pm, with presentations continuing Saturday, Nov. 22 from noon to 6pm, and Sunday from noon to 5pm in Nat Taylor Cinema, N104 Ross Building at York’s Keele campus.

York graduate student Samuel Adelaar will present a talk titled “Leviathan: Art in the time of hyperobjects”,which looks at the critically acclaimed 2012 documentary Leviathan in the context of global warming and “a metaphysics that displaces humans from the centre of the ontological universe”.

Joseph DeLeon (University of Michigan) will look at how the city of Detroit is represented in amateur media produced by urban explorers, or “urbexers”, who “aim to counter the dominant narrative of Detroit as emblematic of the Unite States’ financial, racial and urban crises”.

Other presentations include Katerina Korola (University of Chicago) on the question of moving-image spectatorship in the gallery space; Amber Christensen (York) on ideas of trauma and affect in the work of queer performance artist Heather Cassils; Eli Horwatt (York) on cinema piracy as a field of study; and Vincent Marquis (Courtauld Institute of Art, London/UK) on “the aesthetic of boredom” as a turning point in our conception of media arts.

The keynote speaker is renowned media theorist McKenzie Wark, author of A Hacker Manifesto, Gamer Theory and The Spectacle of Disintegration, and professor of culture and media at The New School, New York City. His talk, scheduled for Saturday, Nov. 22 at 4pm, will mark Wark’s first public presentation in Toronto.

“McKenzie Wark is a perfect keynote to inspire conversation around the theme of ‘Imagining Crisis’, particularly as he focusses on the representation of environmental crisis in contemporary mainstream cinema”, said York film Professor Brenda Longfellow, one of the event’s faculty advisers.

The conference will also include an off-campus film screening. Screening Crisis, featuring short productions by Professor John Greyson and students and alumni of York’s Graduate Program in Film, takes place at the Free Times Cafe, 320 College St. on Saturday Nov. 22 at 7:30pm.

The program includes Greyson’s Gazonto, an Al Jazeera video of the week that re-imagines Israel’s bombardment of the Gaza Strip as if it were an attack on Toronto; Terra Long’s (MFA ’14) speculative faux-nature film Notes From the Anthropocene, about mythic dinosaurs that resist domestication and seek to transcend fantasies of human dominion; and Elinor Svoboda’s dystopic fiction Merus Breach, in which radical sound technology is used to clean the earth’s air and water — but at a great cost.

The Imagining Crisis conference and Screening Crisis are both free and open to the public. For the full schedule, abstracts, presenter’s bios and venue information, visit the conference website.