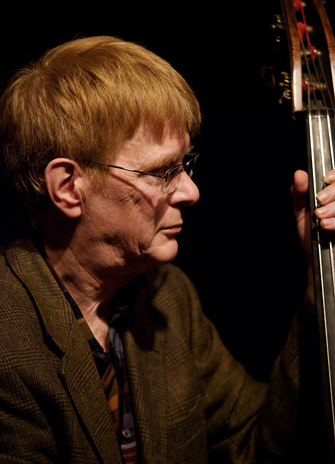 Jazz bassist, composer, arranger and Juno nominee, Department of Music Professor Al Henderson leads an ensemble of colleagues and friends in a signature performance as part of the Faculty Concert Series. The concert will take place in the Tribute Communities Recital Hall, Accolade East Building, Keele campus, on Nov. 13 from 7:30 to 9pm. It will feature a selection of Henderson’s original compositions and arrangements.

“Al Henderson is the real thing, a composer in the tradition of Duke Ellington and Charles Mingus, whose works have distinctive energy and melodic and harmonic character,” wrote music journalist and historian Stuart Broomer in 2009 in Toronto Life magazine.

Henderson has been a seminal force on the Canadian jazz scene for more than 30 years. He has earned critical acclaim and legions of fans as leader of his own bands – the Al Henderson Septet, Quintet and Quartet – and as co-founder and co-leader of the groundbreaking group Time Warp. He has also performed as sideman with many leading jazz artists, including Diana Krall, Jane Bunnett, Arnett Cobb, Hank Crawford, Slim Gaillard, Jimmy Knepper and Flip Phillips.

As a composer, Henderson has created a large and distinctive repertoire of original works. More than 60 of his compositions have been recorded by his bands as well as other eminent artists such as Don Pullen, Jane Bunnett, Shox Johnson & the Jive Bombers, Alex Dean and Richard Whiteman. His accolades include the Jazz Report’s Composer of the Year designation and the prestigious SOCAN Award for Original Jazz Composition.

The concert by the Al Henderson Quintet is the second of three performances in the 2014-15 Faculty Concert Series, spotlighting faculty artists in York University’s Department of Music.

For information and availability of tickets, visit the Box Office online or call 416-736-5888.