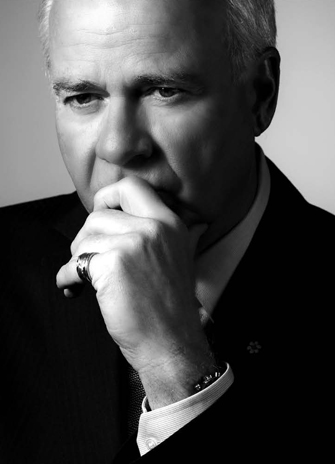 Celebrated Canadian journalist Peter Mansbridge, anchor of CBC’s “The National” and host of CBC News Network’s “Mansbridge: One on One,” will deliver the 2014 John Holmes Memorial Lecture at the Glendon campus. Mansbridge joins a list of eminent past Holmes Memorial lecturers to share his vast experience covering major news stories at home and, indeed, across the globe.  The lecture, which will be delivered in English, will take place on Friday, Nov. 14, at 7:30pm in Room A100, Centre of Excellence, Glendon campus. Advanced seating is required. To register, email invitation@glendon.yorku.ca.

Mansbridge’s lecture, titled “A Journalist’s Personal Journey on International Affairs,” will offer reflections on his celebrated career as a journalist. Mansbridge began his career in 1968 in Churchill, Man., where he helped develop CBC Radio’s news service to northern Canada. In 1971, he moved to Winnipeg as a reporter for CBC Radio, and in 1972, he joined CBC Television.

He became a reporter for “The National” in Saskatchewan in 1975, and, in 1976, was named one of the program’s parliamentary correspondents in Ottawa. He became chief correspondent and anchor of “The National” in 1988. In more than 40 years with CBC News, Mansbridge has provided comprehensive coverage of the most significant stories in Canada and around the world. He’s interviewed countless international leaders and remains the only Canadian journalist to interview U.S. President Barack Obama and British Prime Minister David Cameron.

Mansbridge has received 12 Gemini Awards for excellence in broadcast journalism and nine honorary degrees from universities across the country. He has also been recognized by leading universities in the U.S. and the U.K. In 2008, he was made an officer of the Order of Canada by Governor General of Canada Michaëlle Jean. In 2009, he was named chancellor of Mount Allison University in New Brunswick. He was born in London, England in 1948 and now resides in Stratford, Ont. York University conferred an honorary doctor of laws degree on Mansbridge in 2011 during spring convocation ceremonies.

The annual John Holmes Memorial Lecture at Glendon honours the late John W. Holmes, Canadian diplomat, writer, administrator and professor of international relations at Glendon from 1971 to 1981. Holmes was a tireless promoter of Canada both at home and abroad in political, diplomatic and educational circles. He also participated in the founding of the United Nations and attended its first General Assembly in 1945.

Admission to the lecture is free, but seating is limited so reservations are recommended. Indicate your attendance by email to events@glendon.yorku.ca.