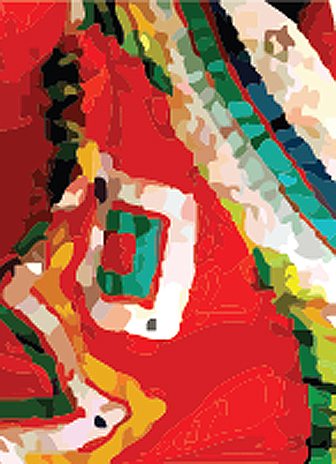 A celebration of Portuguese-speaking cultures is happening all month long, including film screenings, a roundtable discussion and exhibits.

Between Margins and Memories: Representations of the Diaspora – Entre Margens e Memórias: Representações da Diáspora – a series of events on until Dec. 1, sponsored by York University, the University of Toronto and Camões I.P., will aim to promote a critical and open reflection on the Portuguese-speaking diaspora.

The history of the Portuguese in Canada, cinema, art and literature are some of the areas that will be highlighted throughout the month, starting with a photo exhibit, the Portuguese Canadian History Project, until Nov. 7 in the Sound and Moving Images Library at the Scott Library, Keele campus. It will then move to the University of Toronto from Nov. 19 to 21, in the foyer of Victoria College at 73 Queen’s Park Crescent. The exhibit will open with a talk by Emanuel da Silva Nov. 19, from 1 to 2pm, at 323 Victoria College.

The month-long celebration will also explore how Portuguese-speaking heritage is being artistically transformed in this country. There will be roundtable discussions with authors whose views and individual approaches contribute to an understanding of Portuguese-speaking immigrant cultural memory. They will be organized in English at York University, at the University of Toronto and at the Toronto International Book Fair.

Moreover, exhibits and free film screenings will take place, promoting and celebrating Portuguese-speaking cultures. These events will occur in different places, including universities and community centres around Toronto, to contribute to the development of closer ties among Portuguese-speaking communities and to a closer dialogue between them and Canadian society as a whole.

Films will be screened as follows:

On Wednesday, Nov. 7, It’s the Earth, Not the Moon by Gonçalo Tocha will screen at XVI Semana Cultural Açores do Ontário, followed by a Q&A with Miguel Rocha.

On Tuesday, Nov. 18, Letters to Angola by Júlio Matos, Coraci Ruiz and Hidalgo Romero will screen at York’s Nat Taylor Cinema, from 2:30 to 4:30pm, followed by a Q&A with Miguel Rocha.

On Saturday, Nov. 29, All is Well by Esperança Pascoal will screen at St. Archangel Michael Church, 212 Delaware Ave., Toronto. A Q&A with Hudson Moura will follow the film.

On Monday, Dec. 1, Reaching for the Moon by Bruno Barreto, will screen, followed by a Q&A with Hudson Moura, in Room 1, Third Floor, Media Commons, 130 St. George St., Toronto, from 5 to 7pm.

There will also be four separate roundtable discussions taking place around the city, including one at York University on Thursday, Nov. 13, from 2:30 to 4:30pm, at 031 Health, Nursing and Environmental Studies Building, Keele campus. Carlo Matos will discuss Portuguese-speaking diaspora, history, literature and culture with panellists Eduardo Bettencourt Pinto, Irene Marques, Edith Baguinho and Aida Jordão. Associate Dean, Teaching and Learning Diane Woody of the Faculty of Liberal Arts and Professional Studies will deliver the opening remarks.

For more information, including the times and locations of the roundtable discussions, visit the Between Margins and Memories Facebook page.