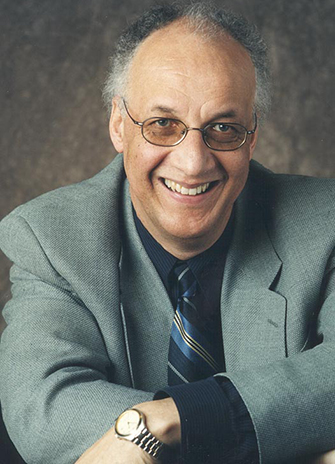 Bell (BA ’65) was selected for his outstanding contributions in environmental public education, research, innovations and legislation. He has been involved in education for sustainable development work in Canada and internationally for more than two decades. He received the award during a ceremony in Ottawa Oct. 9 at the national EECOM conference.

In the nomination letter to EECOM in support of Bell, Merebeth Switzer, national manager, Education Ducks Unlimited Canada, wrote: “It is difficult to summarize the contributions of an individual who has had such a long and illustrious career reaching such a broad range of audiences. Throughout his career … David Bell has devoted himself to provincial, national and international efforts to transform the decision-making practices, policies, institutions and culture necessary to support sustainability in the public, private and education sectors. He has served as consultant and advisor to several universities, private sector companies, and to all three levels of governments in Canada and, internationally, to the G8, UNESCO, the Government of China, and the Government of Jamaica.”

As Canada’s only national, bilingual, charitable network for environmental learning, EECOM works strategically and collaboratively to ensure Canadians are environmentally literate, engaged in environmental stewardship and contributing to a healthy, sustainable future.

“Throughout the balance of this century, humankind will face increasingly profound and complex sustainability challenges, the responses to which will likely determine the fate of our species on this planet. Over the past two decades, I have increasingly come to the conclusion that the challenge of sustainability is fundamentally educational, in the broadest sense of the term: In effect we need to learn to live sustainably on this planet,” says Bell, co-chair of Education for Sustainable Development-Canada.

“While attending to the basic needs for food, water, energy and shelter of a population that will exceed nine billion within 30 years, we must ensure that we do not undermine the natural environment’s capacity to provide the ‘natural services’ that make human life on this planet possible.” He adds that designing and implementing educational systems that will help meet these challenges is the focus of ESD – Education for Sustainable Development.

He was a member of the Environmental Task Force of the City of Toronto for two years and has also worked with York and Peel regions on sustainability issues. Last year, Bell was invited to become a member of the UNECE ESD Steering Committee after making a presentation on the work of LSF in Geneva. This year, he was invited to participate in the UNESCO World Conference on Education for Sustainable Development taking place Nov. 10 to 12 in Japan.

He calls the award “especially gratifying because it comes from a group of educators across Canada who are passionately committed to strengthening environmental and sustainability education. They are concerned about making a difference for present and future generations.”

In pursuit of the mission to promote, through education, the knowledge, skills, perspectives and practices essential to a sustainable future, Bell says, “I have been fortunate to work with the excellent staff and devoted fellow board members of the NGO Learning for a Sustainable Future, which is headquartered here at York.”

Bell is the author of several books and was the writer and host of a series of 12 one-hour radio shows for 91.1FM, titled “Sustainability: Canadian and Global Views,” broadcast six times in Canada and once by Radio Peace International in Costa Rica.

In 2007, he was honoured with a Green Toronto Award for Leadership in Sustainability by the City of Toronto.

For more information about the award, visit the Canadian Network for Environmental Education and Communication website.