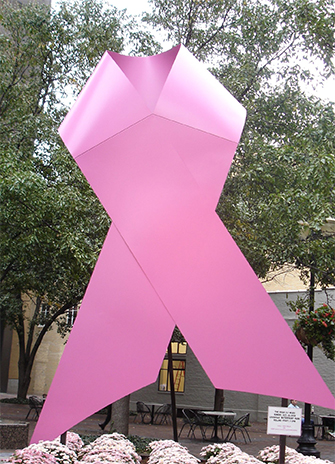 Women who’ve had breast cancer and disfiguring surgery often feel discouraged and vulnerable in the dating world, but York researchers say there is good news. It is possible to develop successful intimate relationships. Unknown to either, though, the new partner will have to pass a “man test” first.

In addition, dating and establishing a new relationship post-cancer had the potential to restore the women’s often diminished self- and bodily-esteem.

“Previous research has shown that dating is a top concern for single women post-breast cancer,” says York psychology Professor Karen Fergus. “But there was surprisingly little research in this area. Not much was known about the dating process, its success or the role of cancer in any new relationship.”

Fergus of York’s Faculty of Health and her grad student Darya Kurowecki, currently at the University of Ottawa in the Faculty of Medicine, looked at the process that 15 heterosexual women, most now in intimate relationships, underwent following breast cancer and surgery. They found that these women went through a process often over several years before feeling ready to date. Once they met someone, there was a series of successive disclosures, which tested whether or not the man could accept them as cancer survivors, scars and all. If not, the women decided not to pursue the relationship further.

“It’s a stigmatized illness. It can recur and it entails disfiguring surgery,” says Fergus. “In addition, there are often other impairments or losses.” A woman could be thrown into early menopause, before having had the opportunity to have children. There are usually self-confidence issues following breast cancer and surgery and that can affect the woman’s ability to start new relationships.

“The first level of the man test is, can they accept I’ve had a cancer history. The next step is, will they accept the fact I’ve had a disfiguring surgery – a lumpectomy, one or two mastectomies, and/or reconstruction,” says Fergus. “Basically, what they’re doing is testing the safety of this budding relationship, but they’re also playing their cards close to the vest. They are protecting themselves in that they’re not going to subject themselves to more potential rejection and vulnerability than is necessary.”

If the men were accepting of these disclosures, then the couple needed to discuss some serious issues and that seemed to accelerate the emotional intimacy of the new relationship, she says. They may need to discuss the fact the cancer may recur or that they may carry a cancer gene that could be passed on to their children, or perhaps they are no longer able to conceive children.

The third or ultimate step is physical intimacy and revealing their scars.

“What struck us the most,” says Fergus, “is their vulnerability combined with this incredible amount of courage and strength that it takes for these women to put themselves out there in the dating world and later, to share their cancer history both verbally and physically with a prospective partner. That combination of profound vulnerability and strength is admirable.”

As it turns out, for many that answer was yes. That is a message of hope Fergus wants women to get.

“For a lot of women who are single and don’t know other women who have a satisfying new relationship after cancer, they don’t even know that’s possible,” says Fergus. “The fact that we were able to go and find these women and interview them, and not withstanding these were women willing to come forward – our findings did affirm that fulfilling intimate relationships were possible after cancer, and this truly is a message of hope.”

The research, “Wearing my Heart on my Chest: Dating, New Relationships, and the Reconfiguration of Self-esteem after Breast Cancer”, was published this year in the print issue of Psycho-Oncology: Journal of the Psychological, Social and Behavioral Dimensions of Cancer.