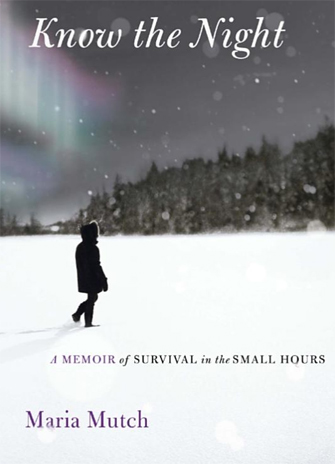 York University alumna Maria Mutch (BFA ’91) has been named a finalist for the 2014 Governor General’s Literary Award for Non-Fiction for her debut book Know the Night: A Memoir of Survival in the Small Hours published by Alfred A. Knopf Canada.

The announcement of the list of finalists was made yesterday in a live broadcast by Canada Council Director and CEO Simon Brault. “This year’s list of finalists contains powerful novels and poems, imaginative children’s books, skillful translations, entrancing dramas and enlightening non-fiction,” said Brault. “They are all meaningful books in which we can, as readers and Canadians, lose ourselves and find ourselves.”

In Know the Night, Mutch explores the power that care and communication have in the face of the deep, personal isolation that often comes with disability. A chronicle of the witching hours between midnight and 6am, Mutch’s book takes place during the two-year period in which her son Gabriel, who is autistic and also has Down syndrome, rarely slept through the night. In this tapestry composed of interwoven memories, Mutch reveals Gabriel’s difficult childhood and her introduction to the world of multiple disability parenting.

As a counterpoint to Gabriel’s figurative isolation, during this period in time Mutch read the story of Admiral Richard Byrd, the polar explorer who journeyed alone into the Antarctic wilderness in the 1930s. Her connection to his story in Know the Night creates a shared and powerful language for the experience of feeling alone.

The Canada Council for the Arts funds, administers and promotes the Governor General’s Literary Awards, Canada’s oldest and most prestigious literary awards program with a total value of $450,000. Each winner will receive $25,000. The publisher of each winning book will receive $3,000 to support promotional activities. Non-winning finalists each receive $1,000.

Governor General of Canada David Johnston will present the 2014 GG Literary Awards on Wednesday, Nov. 26, at 6pm at Rideau Hall in Ottawa.