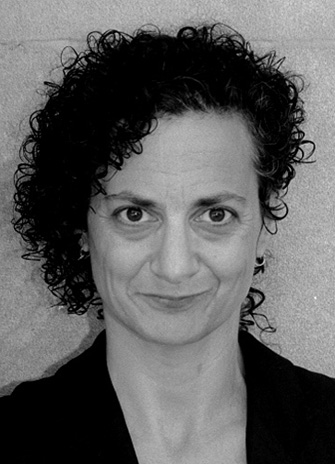 University of Chicago Professor Lauren Berlant will deliver the 2014 Ioan Davies Memorial Lecture at York University. Berlant’s talk is titled “Living in Ellipsis: On Biopolitics and the Attachment to Life” and it will take place Wednesday, Oct. 15, from 5 to 7pm, in the Collaboratory, Second Floor, Scott Library on the Keele campus.

Drawing inspiration from the novel A Single Man (1964) by Christopher Isherwood, Harryette Mullen’s Sleeping with the Dictionary (2002), Claudi Rankine’s poem Don’t Let Me Be Lonely and the 2009 film based on Isherwood’s novel, Berlant will discuss social abandonment and the precariousness of life at large.

“This talk is located in a shattered, formally inconsistent, yet intelligible zone defined by being in life without wanting the world,” writes Berlant in her lecture synopsis. “It describes an aesthetics and a subjectivity shaped on one side by suicide and on the other by a life drive that is also, paradoxically, negative, in that it turns toward life by turning away from the world of injury, negation, and contingency that endure as a defining presence for biopolitical subjects. It suggests attending to and developing a dissociative poetics,” she says.

Berlant is the George M. Pullman Distinguished Service Professor in the Department of English Language and Literature at the University of Chicago. Her national sentimentality trilogy—The Anatomy of National Fantasy (1991), The Queen of America Goes to Washington City: Essays on Sex and Citizenship (1997), and The Female Complaint: The Unfinished Business of Sentimentality in American Culture (2008), morphed into a quartet, with Cruel Optimism (2011), that addresses transnational precarious publics and the aesthetics of affective adjustment in the contemporary United States and Europe. Her interest in affect, aesthetics and politics is also expressed in the edited volumes Intimacy (2000), Compassion (2004), and On the Case (Critical Inquiry, 2007). Her most recent books are Desire/Love (2012) and, with Lee Edelman, Sex, or the Unbearable (2014).

The Ioan Davies Memorial Lecture commemorates the life and work of Ioan Davies, who explored art and popular culture in terms of the kinds of opportunities they offer for common political action. Davies was the founder of the journal border/lines and author of several works of fiction and non-fiction, including Cultural Studies and Beyond: Fragments of Empire (Routledge, 1995), Writers in Prison (Blackwell, 1990) and Social Mobility and Political Change (Pall Mall, 1970). Davies taught graduate courses on aesthetics and contemporary critical theory in the Department of Social & Political Thought and was influential in establishing the African Studies Program and the Graduate Program in Communication and Culture. Davies died suddenly on Feb. 15, 2000.

The lecture is free and open to the public. All are welcome to attend.