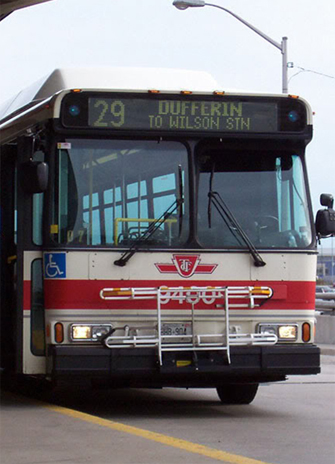 Almost one in three Torontonians think taxes should increase, compared with only nine per cent of their counterparts in the rest of the Greater Toronto Area (GTA), according to survey results published today by York University and the Toronto Star.

“We were surprised that citizens seem open to paying more for what they get; almost half support more user fees for services and toll roads, for example,” says Lesley Jacobs, director, Institute for Social Research. “It was also interesting that a majority favour increased spending for public transportation and facilities for seniors.”

Three out of four people think the federal and provincial governments should contribute more to support municipal government services.

Residents are also receptive to changes in the electoral process. Almost 60 per cent of residents think the mayor should have to receive the majority of votes cast to win an election versus getting the most votes, and 79 per cent support a recall mechanism so voters can remove a mayor from office if circumstances warrant such action. Although the ability to recall an elected official exists in the United States and British Columbia, it is a new concept in Ontario.

In five public policy areas (roads, public transportation, schools, recreation and facilities for seniors), more than 85 per cent of respondents would like spending to stay the same or increase, while funds for policing registered less support.

Results also indicate that nine out of 10 GTA residents report their quality of life to be satisfactory or very satisfactory.

The exploration of citizen perceptions and expectations of municipal government is one example of York University’s commitment to community engagement and knowledge transfer as an institution that undertakes socially relevant and timely research.

For more information, read the 2014 Greater Toronto Survey on Local Government: Overview of Findings & Their Relevance to the Upcoming Municipal Elections survey or visit York’s Institute for Social Research website.