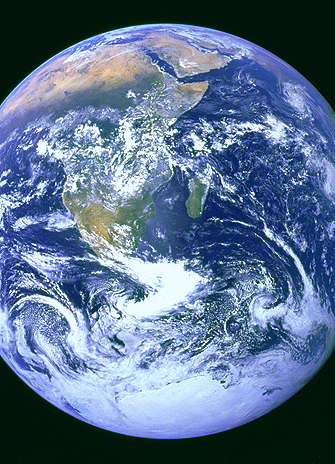 Harvard University Professor Aaron Ellison and Elizabeth Farnsworth, a senior research ecologist with the New England Wild Flower Society, widely regarded as the power couple of ecology, will be speaking at York University on Oct. 2.

Ellison will lecture about his experiences working and teaching in the Harvard Forest at Harvard University. The Harvard Forest is the University’s 1,500-hectare outdoor classroom and a living laboratory for ecological research. At 10:30am, he will deliver a talk titled, “Identifying, anticipating and intervening in ecological regime shifts”. The talk will take place in 306 Lumbers Building on the Keele Campus and is part of the Biology Department Research Talks. It is free and open to members of the York community.

Then at 2pm in 009 Accolade West, Ellison will deliver another lecture titled, “Short and long-term impacts of undergraduate research experiences at the Harvard Forest” to the members of the Faculty of Science Committee on Teaching and Learning.

Ellison is the Senior Research Fellow in Ecology at the Harvard Forest, and an Adjunct Research Professor in the departments of Biology and Environmental Conservation at the University of Massachusetts at Amherst. In 1992, he received the National Science Foundation’s Presidential Faculty Fellow award for “demonstrated excellence and continued promise both in scientific and engineering research and in teaching future generations of students to extend and apply human knowledge.”

“Harvard Forest is a fantastic example of ecological research,” says York biology Professor Dawn Bazely, one of the organizers of the talks. “Aaron Ellison is not only one of the top ecology researchers in the world, but he’s also a leader in teaching undergraduates about science, through the National Science Foundation’s Undergraduate Research Experience program, which brings about 30 undergrads from across the USA to Harvard Forest to do research, each summer.”

In his role as a senior research fellow at the Harvard Forest, Ellison studies food web dynamics and community ecology of wetlands and forests, evolutionary ecology of carnivorous plants, the response of plants and ants to global climate change, and the application of Bayesian statistical inference to ecological research and environmental decision-making. He has authored or co-authored more than 100 scientific papers, dozens of book reviews and software reviews, and the books A Primer of Ecological Statistics (2004) and A Field Guide to the Ants of New England (2012). He is the editor-in-chief of Ecological Monographs and in 2012, was elected a Fellow of the Ecological Society of America. At home in Roylaston, Massachusetts, a rural town of 1,000 people, Ellison is a member of the Conservation Commission.

At 7pm on Oct. 2, Farnsworth will deliver a public lecture titled, “Conserving the Rich Flora of Eastern North America”. The talk is co-sponsored by the Institute for Research and Innovation in Sustainability at York University, the Department of Biology and the North American Native Plant Society. Admission to this public lecture is free for university students who bring their identification, otherwise there is a $12 admission fee.

“Elizabeth Farnsworth is a multi-talented biologist, whose work with the New England Wildflower Society builds bridges between the public and researchers in conservation Biology,” says Bazely.

Farnsworth is Senior Research Ecologist with the New England Wild Flower Society, and a biologist, educator, and scientific illustrator. She is also editor-in-chief of the botanical journal, Rhodora. At the society, she co-led the award-winning National Science Foundation-funded project, Go Botany, to develop an online guide to the regional flora for teaching botany. She previously coordinated planning for the conservation and management of over 100 species of rare plants. She has illustrated the Flora Novae Angliae, the Natural Communities of New Hampshire by the NH Natural Heritage Bureau, and three other books, and illustrated and co-wrote the A Field Guide to the Ants of New England (Yale University Press). She is co-author of the Connecticut River Boating Guide: Source to Sea and the Peterson Field Guide to the Ferns.

Farnsworth is a member of the graduate faculties of the University of Massachusetts at Amherst and the University of Rhode Island, and has taught at Smith College, Hampshire College, and the Conway School of Landscape Design. She formerly served as ecologist with the Connecticut Chapter of The Nature Conservancy. She has conducted scientific research on many ecosystems throughout the world, focusing on restoration, conservation, plant physiology, mangroves, and climate change. She was awarded a Bullard Research Fellowship by Harvard University in 2005 and a National Science Foundation Postdoctoral Fellowship in 1999. She has been a scientific consultant to the National Park Service, The Trustees of Reservations, US Forest Service, Massachusetts and Connecticut Natural Heritage Programs, United Nations and the Mount Grace Land Conservation Trust.

The talks are well worthwhile attending, says Bazely. “Both Harvard Forest and the New England Wildflower Society have adopted a hugely interdisciplinary collaborative approach to research and engagement with multiple groups in society.”