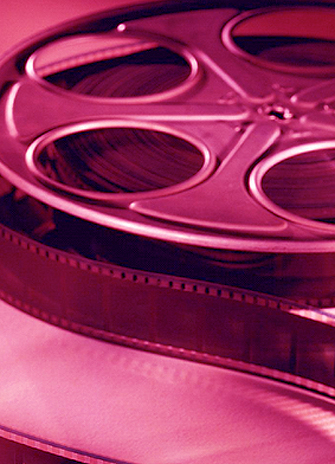 The 39th annual Toronto International Film Festival (TIFF) may have rolled up the red carpet, but many film buffs are still reeling from the excitement of sharing the limelight with Hollywood’s glitterati. With York University once again well represented across the screening rooms, the festival has become an unofficial reunion for many of York’s film alumni.

One of the feature films showcased this year was Albert Shin’s In Her Place. Written and directed by Shin (BFA ’06) and co-produced by Shin and Igor Drljača (BFA ’07, MFA ’11), In Her Place tells the story of a wealthy couple from Seoul, South Korea hoping to adopt the unborn child of a troubled rural teenager.

After several years of developing the story and crowdfunding for the film, Shin spent 24 days shooting in Korea with a Korean cast. “I was nervous about shooting in Korea, because I didn’t really know the Korean film industry. I didn’t know anyone there and I didn’t know what I was getting myself into,” he recalls. “As a result, I went there with the mindset to experiment with something new, something different. It was a joyous time.”

This was not Shin’s first time at TIFF. Along with Drljača, who met Shin during frosh week at York, the two friends co-founded the production company Timelapse Pictures, which produced In Her Place and several films directed by Drljača that previously screened at TIFF. However, it was Shin’s first time coming to TIFF as a director.

“As a director, you are exposing more emotional and intellectual side of you on stage,” the Newmarket native says. “It’s been more nerve-racking. TIFF is a behemoth and because it’s not my first rodeo, I’ve been able to maximize my experience a bit. It’s been a very humbling and welcoming experience. The reviews and audience response have been overwhelming. It has been an amazing journey.”

A first-time director at TIFF, Jeffrey Zablotny (BFA ’09), a Toronto-based director of short films, music videos and commercials, has been working with the same creative team consisting of many York talents for a long time. This year, his short thriller Chamber Drama was featured at the festival’s Short Cuts Canada Program. While Zablotny directed, wrote and edited the film, Chamber Drama enlisted fellow film alumna Elli Weisbaum (BFA ’09) as producer, Robert Walsh (BFA ’09) as cinematographer and York U contract faculty member Steve Munro on sound.

Zablotny says he was inspired to write a story about Megan, a stubborn teenager with hypersensitive hearing who gets embroiled in a dangerous situation, after he first came across an anechoic (echo-free) chamber a few years ago. The short film was shot over four days at the University of Toronto, in one of a handful of such rooms in the country. The room is about the size of a large bedroom with sound-cancelling foam spikes and two narrow walkways totaling about 10 to 15 feet of usable space.

“It was an odd experience,” Zablotny says. “We couldn’t stand on the floor and it was a challenge to fit the crew in there. It put us in a different headspace and forced us to make interesting choices.”

Cassie Williams, who stars in the role of Megan, is a second-year student and member of the Acting Conservatory in the Department of Theatre at York. She was selected by Zablotny through a casting call. “It was a total treat to work with her,” Zablotny says.

For Alexander Rogalski (MA ’07), a programmer for TIFF’s Short Cuts Canada series, the festival provides networking opportunities and fosters a lasting relationship beyond showcasing unique film talents.
“I know many of the filmmakers whose work we have shown at TIFF are York alumni. They say that the one thing they really took away from their time at York was the colleagues they met and collaborated with, and with whom they continue to collaborate to this day,” says Rogalski, a graduate of York’s Communication & Culture program. Having been involved with TIFF for eight years, Rogalski says he still gets excited to see first-time filmmakers attend TIFF and visit Toronto.

“They are overwhelmed by the generosity, friendship and hospitality they encounter,” he says. “Even if they have a short film, they feel like they are the centre of the festival. As a programmer, it’s rewarding to share the stage with them after knowing how long and hard they have worked on their project, and they are given a big screen and appreciative audience to share it. I get to live a little bit vicariously through that.”