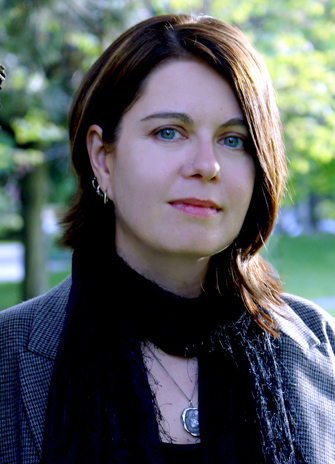 York University alumna Jennifer LoveGrove (Hons. ’97) is on the long list for the prestigious Scotiabank Giller Prize for her debut novel, Watch How We Walk, published by ECW Press.

The list of 12 books was announced Tuesday from 161 books, along with a doubling of the usual prize money to $100,000 for the winner and $10,000 to each finalist. LoveGrove is a graduate of York’s Creative Writing Program in the Faculty of Liberal Arts and Professional Studies and the author of two collections of poetry I Should Never Have Fired the Sentinel and The Dagger Between Her Teeth.

Watch How We Walk follows Emily, who as a little girl only wanted to be a Full-Time Pioneer when she grew up, begins to challenge her upbringing in a family of Jehovah’s Witnesses, where the only imaginable future is a life of knocking on doors and handing out Watchtower magazines. When her older sister Lenora disappears after rebelling by wearing make-up and hanging out with boys, everything changes for Emily. Dealing with her mental devastation, she is forced to consider a different future. The book alternates between Emily as a child and her life as an adult in the city all the while exploring “disfellowship”, proselytization and cultural abstinence.

’s work has appeared in NOW Magazine, Queen Street Quarterly and Taddle Creek. It has also been aired on CBC Radio 1. She edited and published the literary zine dig for a decade and produced and hosted a literary radio show on CKLN 88.1FM. In 2010, she was shortlisted for the K. M. Hunter Artist Award for Literature. She divides her time between city life in Toronto and rural Haliburton.

The Scotiabank Giller Prize will air on CBC Television on Monday, Nov. 10 at 9pm with host Jian Ghomeshi of CBC Radio’s Q.