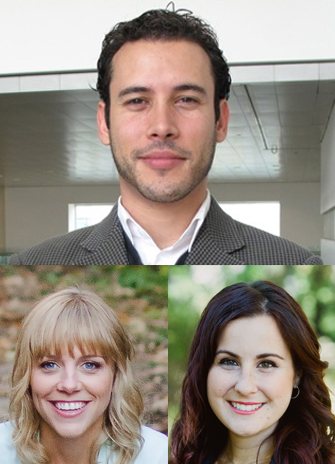 Adults with autism spectrum disorder (ASD) are at a higher risk of being sexually victimized than those without the disorder, according to a new study out of York University.

“I think what is the most important and the most concerning findings of our study were the high rates of sexual victimization that we are seeing,” says Stephanie Brown-Lavoie (MA ’11), co-lead of the study along with Michelle Viecili (BA Hons. ’08, MA ’11). Both are clinical-developmental psychology PhD students at York University.

“But the study really pointed to how having a lack of sexual knowledge placed these individuals at risk and that increasing sexual knowledge is a really important avenue for intervention to increase sexual safety,” says Brown-Lavoie.

The researchers used an online survey involving 95 adults with ASD and 117 without, ranging in age from 19 to 43. “Research has shown that with anonymous questionnaires you may get more honest answers because there isn’t a researcher in front of you and no one is evaluating your responses,” says Viecili.

Although she admits the participants cannot be considered representative of the entire population, Viecili says, “I think we really had a good picture of what rates could look like with this type of survey.”

As Brown-Lavoie points out, they asked about specific situations, not just a general “have you been sexually victimized” question. “Some may not know that the experience they had is actually classified as sexual victimization. But if you give them a specific situation, like someone touching you inappropriately after you said no, they may say, yeah, that has happened to me.”

After getting some idea of the rates of victimization experienced, the study delved into the reasons. It looked at where both the ASD and non-ASD groups got their information.

“We were interested in identifying what was related to higher risk. There seems to be a really pronounced difference,” says York Professor Jonathan Weiss, Canadian Institutes of Health Research Chair in Autism Spectrum Disorder Treatment & Care Research. “Adults on the autism spectrum tended to get their information from non-social sources, but that’s not what we typically saw for adults who weren’t on the spectrum. Adults without ASD got a lot of their information about sexual behaviour and sexual safety from social sources.”

Brown-Lavoie and Viecili first recognized there may be an issue with how much knowledge adults with ASD had regarding sex and romantic relationships when they worked with students in the Asperger’s Mentorship Program and during their clinical work with individuals with ASD.

“In general, there was a lack of knowledge around romantic relationships and sex,” says Viecili. “We found we were trying to fill in the gaps for students we were working with and clients that we had, and really recognizing there wasn’t literature out there to support what we were seeing.”

Viecili and Brown-Lavoie approached Weiss with the idea of doing research to see if what they were witnessing held true for a larger sample of adults with ASD compared to those without ASD.

“I think there is a larger story that is emerging about the risks of victimization of people with ASD across the spectrum and the lifespan,” said Weiss. “Increasingly, clinicians and researchers are identifying this topic as something that’s important if we’re to understand and promote health and well-being.

“In the end, I hope what this research does is call attention to a really important issue that needs more investigation and that it spurs further research, more detailed and larger scale research. I think that would be a wonderful outcome of this study, that more people pay attention to this and start talking about it, especially the research and clinical communities.”

Veicili and Brown-Lavoie hope it will also lead to more acceptance of teaching sexuality to individuals with disabilities and how it could perhaps lead to less victimization. Already the pair has taken their research back to the community, where they have held one workshop for 60 clinicians and another for parents.

Sexual Knowledge and Victimization in Adults with Autism Spectrum Disorders was published online in the Journal of Autism and Developmental Disorders and is now available in the print edition.