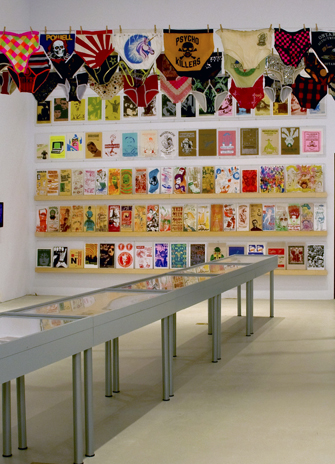 The Art Gallery of York University (AGYU) is one of six arts organizations nominated for the annual Premier’s Awards for Excellence in the Arts.

The awards, created by the government of Ontario in 2006, recognize outstanding achievements and contributions to arts and culture in the province over a significant period of time. The Premier’s Award is given to an arts organization involved in the production and/or distribution of artistic work by professional artists.

The AGYU was nominated for the major award by University of Toronto Ontario Institute for Studies in Education Professor Stephanie Springgay.

“The AGYU is a leader in contemporary curatorial practices, educational programming, arts publications, ‘in reach’ to local non-art communities, and artistic research and development on an international scale,” said Springgay. “Key to their leadership is a focus on collaborating with artists to develop long-term sustainable projects, relationships and exhibitions; disseminating critical scholarship on artists’ works and global issues related to curatorial practice through their award winning publications; and the development of innovative pedagogical and community-based ‘in reach,’ which links local non-art communities and the university population to research and development in the arts.

“As an academic scholar in the arts, who conducts large-scale, multi-site research projects with artists in schools and in collaboration with local communities, the AGYU has been a model of critical research practices and a site for research and dialogue. Their commitment to criticality, pedagogy, and community development ‘on the margins’ demonstrates their willingness to take intellectual risks, advance new art practice methods of collaboration, and to conceptualize how the arts can lead to broader social, educational, and community change. One example, is the gallery’s commitment to exploring the ethical implications of research creation and consequently to open up the power structures that often exclude non-artists from participating, and the galleries that are supposed to ‘represent’ them,” said Springgay.

“This was a guiding principle of the three-year participatory project The Awakening/ Giigozhkozimin (which won the Ontario Association of Art Galleries Public Program Award in 2012), a collaboration between Panamanian artist Humberto Vélez, the Mississaugas of the New Credit First Nation and Toronto’s urban runners (Parkour), which culminated in a performance in the Walker Court of the Art Gallery of Ontario (AGO) in May 2011. One of the major achievements of the project was the creation of a youth exchange between the Youth Councils of New Credit and the AGO. Designed by the participants themselves, these workshops (which took place in New Credit, at the AGO, and at the Monkey Vault Parkour gym) were about learning First Nations culture in participatory ways – learning things that the young urban runners and members of the AGO youth council would say they weren’t taught in school. At the same time this project was an intervention into breaking down stereotypes and inserting different methodologies for learning into young people’s lives.”

The Ontario Arts Council website says the AGYU is constantly transforming itself according to the artists and communities with which it works, and it aims to change the way contemporary art is conceived and produced. The idea is that new forms of production open contemporary art to new audiences and de-link art from notions of elitism toward forms of democratic expression and civic responsibility.

“This is an important accomplishment. We are very gratified for the recognition not only for our award-winning exhibitions and publications, but for our radical transformation of the AGYU as a socially engaged institution, where all we do is led by artists: from our large-scale, long-term participatory performance projects and residencies with international artists, to our local collaborations in Jane-Finch, and our pedagogical experiments with student engagement on campus,” said Philip Monk, director/curator of the Art Gallery of York University.

The AGYU is an artistically and intellectually driven public art gallery dedicated to manifesting contemporary art through diverse cultural circuits by continuously and simultaneously, creating and transcending contexts.
A jury chosen by the Ontario Arts Council Awards Office will evaluate candidates and select the winners. The AGYU is nominated in the Arts Organization category along with the Blyth Centre for the Arts, Debajehmujig Storytellers, the International Festival of Authors, Red Sky Performance and Théâtre du Nouvel-Ontario.