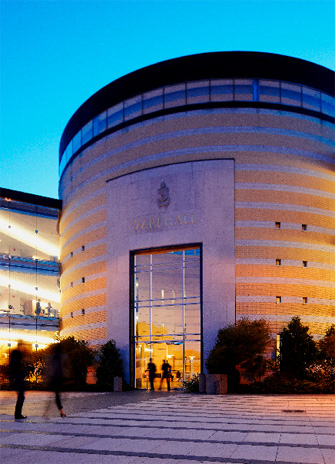 The following statement was issued on Monday, June 23:

York University announced Monday, June 23 that, after a competitive process, Markham Centre has been selected as the preferred location in its bid to build a new university campus in York Region.

This decision means that York University’s process now enters the final stage to prepare a bid submission to the Ontario government in September. The government has issued a call for proposals to increase student capacity in areas of growing demand for postsecondary education.

“This site will allow us to serve the growing number of students in York Region,” said York University President and Vice-Chancellor Mamdouh Shoukri. “It is located in the heart of a vibrant new urban centre, close to Ontario’s ‘Big Move’ transit investments, and adjacent to the Markham Pan Am Centre and other amenities for students. We look forward to working with York Region and the City of Markham to develop an outstanding proposal.”

York Region is one of Ontario’s fastest-growing major urban areas, with a current population of more than 1.1 million that is expected to grow to 1.5 million by 2031. York Region is the only municipality of its size in North America with no university campus.

Within five years of opening, York University aims to have 5,000 students in York Region. Within 20 years, the campus can be expected to grow to 10,000-20,000 students. York University will offer its own programs and will partner with Seneca College to make an even broader range of programs available to students.

“York University has always been York Region’s university. More students from York Region choose to attend York University than any other university. We are thrilled with the opportunity in Markham Centre and it is just the beginning of our plan to be in more locations across the region over time,” said Shoukri.

“These municipalities made extraordinary efforts to showcase their capabilities and commitment,” said Shoukri. “People in these municipalities should know that they have been well represented by their mayors and senior staff in this process.”

“Every potential partner in York Region made an excellent case for an expanded postsecondary presence,” said Seneca College President David Agnew. “We are delighted to be working in a strong partnership with York University, York Region and the City of Markham to expand access for today’s and tomorrow’s students.”

“A fair evaluation process, open to all York Region municipalities, has been critical for us to select the one most aligned with York University’s vision for a new and innovative university campus in York Region,” added Shoukri. Each municipality was evaluated based on its ability to demonstrate alignment with a set of core principles.

“It is both exciting and satisfying to know York University is working with the Regional Municipality of York to establish a university campus in the city of Markham,” said York Region Chairman and CEO Bill Fisch. “York Regional Council is firmly behind this bid, as postsecondary education expansion is a primary goal of the Economic Development Action Plan approved by our council. York Region is a destination of choice, and a new university campus will create educational opportunities for students, plus significant economic benefits across our entire region.”

“We are excited to be pursuing this opportunity,” concluded Shoukri. “The potential for a new York University campus in York Region is a significant development forward in our overall York Region strategy to forge connections between the University, Seneca College and all municipalities.”

Once bids are submitted to the province, a multi-ministry panel will review the applications and make final recommendations to cabinet through the Ministry of Training, Colleges and Universities. Cabinet will make the final decision about successful proposals.