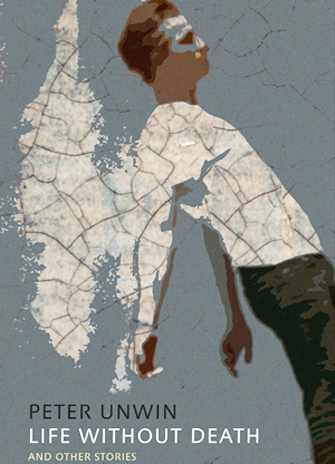 York grad student and author Peter Unwin likes to do things differently. While other authors were heading to Paris, Unwin set off to Rankin Inlet and Iqaluit, roaming Canada’s Arctic, getting to know the untold stories of its people. With several books published and well into his 50s, Unwin decided it was time to return to university for graduate work. His unconventional approach, however, has earned him a place on the 2014 Trillium Book Award shortlist for, Life Without Death and Other Stories.

In this second collection of short stories Unwin delves into people’s journeys through life, their search for meaning and the unexpected changes, coincidences and catastrophes that befall them along the way. As Unwin says, many of the characters have been around the block, some more than once, while others are just beginning their journey. Life Without Death and Other Stories is one of six English books and five French books nominated for the Ontario government’s prestigious award for literature.

Finalists will read from their nominated works June 16 at 7pm as part of a special event in the Bram & Bluma Appel Salon at the Toronto Reference Library, 789 Yonge Street. The winners will be announced the following day at a dinner in Toronto. He will also be reading from his collection June 7 at 4pm at A Novel Spot Bookshop, 270 The Kingsway in Etobicoke.

Similar to his first short story collection, The Rock Farmers (Cormorant Books, 1994), which came from his Arctic wanderings and was shortlisted for the Stephen Leacock Medal for Humour, Life Without Death and Other Stories features characters that “live full, complex lives”.

“I spent a lot of time in the North. I’m not a world traveler, but what travelling I’ve done I’ve done in the North in particular, so I know a lot of small towns,” says Unwin. That included the Arctic and Labrador. What Unwin calls “Canadian travels to more obscure places…that would inform my writing to a large extent.” Now he’s more of “an urban guy” and that is evident in his current themes. “I was very determined to be a Canadian author in a sense to use Canada as my material, and thematically as my basis.”

Life Without Death and Other Stories offers a glimpse of some more urban-themed Canadian lives, but always infused with Unwin’s dark wit and sardonic humour. The book’s description gives an idea of the quirkiness of those lives: “A man recalls a lifetime of love and loss while copying contacts out of his old little black book. A woman is left her dying father’s secret stash of pornography, and is entrusted with the unenviable task of disposing of it. A new father unexpectedly discovers a way of connecting to his autistic son….A man’s former acquaintance resurfaces decades later as the subject of a haunting art film.”

The collection contains the story, “The World in the Evening”, which was nominated for a 2012 Canadian National Magazine Award.

Life Without Death and Other Stories (Cormorant Books, 2013) is just one of three books published in the last year, each from a different genre. When We Were Old (Cormorant Books) is a poetry collection published in March that probes the everyday, yet extraordinary lives of ordinary people. Poetry as a genre is close to that of short stories, where every word and every line has to matter, says Unwin. He disagrees that short stories are closer to the looser novel form.

According to the synopsis of When We Were Old, “At every stage of life, there are moments when we are old: moments of stunning, tragic, sardonic clarity, when the confusion of our existence settles to the ground and the world is made manifest to us in all its pitilessness and absurdity. When We Were Old is a parade of such moments, whether they arise in the midst of domestic hurly-burly, midlife sex on a wilderness camping trip, or an accidental brush with atrocities on the internet; in a memory of childhood fear or youthful folly, a solitary reckoning in the mirror, or a stranger’s letter written from a nursing home. Terrible things happen to people and life goes on; the dead go on, sometimes mingling with the living….”

When We Were Old will launch June 12, from 6 to 8pm, at Free Times Café, 320 College St. in Toronto. Unwin’s readings will be interspersed with live music by musicians from the York & Ryerson Joint Graduate Program in Communication and Culture – Jack Jamieson and Pablo Petrucci on guitars and vocals.

Unwin’s third book to be published in the last year is non-fiction – Canadian Folk Portraits of Remarkable Lives (Dundurn Press, 2013). “I think Canadian history is a lot more fascinating than most people think,” says Unwin.

It is described as “a joyous romp through the back pages of Canadian quirkiness” providing “a fresh look at the saints, sinners, oddballs, and outright nutbars who have populated the Canadian landscape. They were perpetually northbound or south; they were inveterate walkers, or world class runners, millionaires in ill-advised Citroen half-tracks….From doomed explorers to celebrated poets of cheese, this collection provides a fascinating look at the eminent and no-so-eminent characters who came before us and left their colourful mark on Canada’s history.”

Having cleared his office drawer of the three manuscripts which have morphed into published works, Unwin is tackling the genre of academic writing. “It’s a new form,” he says, adding that he was excited to take on the challenge. With two years of his MA degree in communication and culture under his belt, he plans to begin his PhD degree in humanities at York University this fall.

“Having straddled the great digital divide” Unwin is interested in pursuing his PhD studies looking at what society has lost by moving away from the organic and biological foundation of literacy, the use of paper and ink. “What does it mean to communication when in a sense we make it obsolescent,” he asks.

For now, Unwin will keep writing as he mulls over the answer.