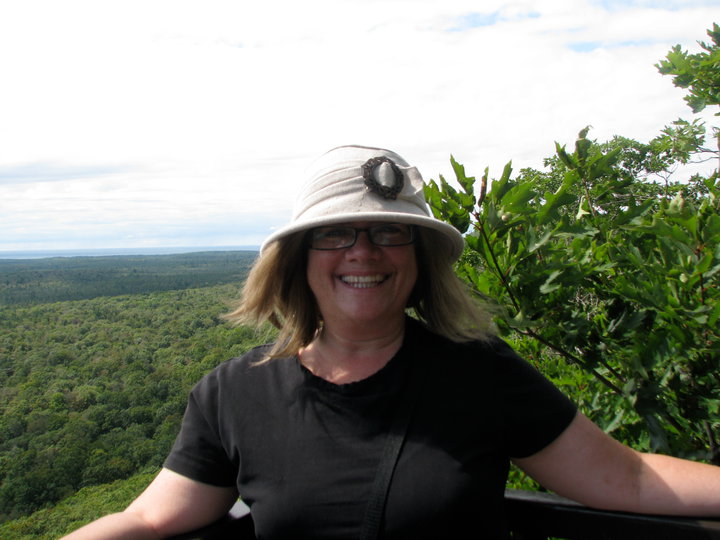 York University history Professor Myra Rutherdale (MA ’88, PhD ’96) died suddenly and unexpectedly early in the morning of May 22 of a heart attack. Despite battling cancer for five years, she was able to live fully and actively until she died. She was ill but her passing was unexpected. She died peacefully with family and friends by her side. She is survived by her husband, Robert Rutherdale (PhD ’94), a Canadian historian at Algoma University, and her son Andrew, an artist and student.

Prof. Rutherdale specialized in gender and embodiment; native/newcomer relations; Aboriginal health; the history of medicine; religion and mission histories; northern Canada; British Columbia; environmental history; and cultural history. She is best known for her three books: Women and the White Man’s God: Gender and Race in the Canadian Mission Field (2002); Contact Zones: Aboriginal and Settler Women in Colonial Canada (2005), edited by Myra Rutherdale and Katie Pickles; and Caregiving On The Periphery: Historical Perspectives on Nursing and Midwifery in Canada (2010).

Across Canada and around the globe, Prof. Rutherdale inspired and sustained a vast circle of family, friends and colleagues.

Prof. Rutherdale lived, worked and studied in most parts of Canada. Throughout her life, she embodied her passion for Canadian history and literature. She taught at Simon Fraser University, the University of British Columbia and the University College of the Fraser Valley. She had a Postdoctoral Fellowship at the University of Saskatchewan. She purchased a house in Sault Ste. Marie, Ont. She was a student in Hamilton and Toronto, Ont. She got tenure at York University. She was born in St. John, NB. And she studied Canada’s north. And last week she was reading Frederick Philip Grove’s 1925 novel Settlers of the Marsh for fun.

She did not let cancer slow her down in any way. This past year she was the undergraduate program director for the Department of History and she served as a council member for the Canadian Historical Association. Last fall, she published an article on northern women negotiating fashion in colonial encounter. Last spring, while in Jerusalem, she presented a paper on the Idle No More movement. In the past four years, she travelled to Israel, the United Arab Emirates, Denmark and France.

The last two lines of Prof. Rutherdale’s book Women and the White Man’s God speak to how she dealt with cancer and lived her life: “Barbara Kingsolver concludes The Poisonwood Bible with the thought that ‘Africa swallowed the conqueror’s music and sang a new song of her own.’ In the same way, the Aboriginal peoples in northern Canada are once again singing their own.”

A celebration of Prof. Rutherdale’s life will take place at York University in the fall.