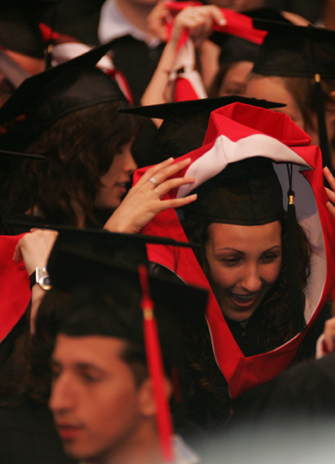 Two York professors will be awarded 2014 University Professorships for their scholarship, teaching and participation in University life or contribution to the University as a community.

Susan Dimock and Martin Lockshin, both professors in the Faculty of Liberal Arts & Professional Studies (LAPS), were selected by York University’s Senate Committee on Awards to be given the honorific title – University Professor. Dimock and Lockshin will be honoured at York University’s spring convocation ceremonies in June.

Professor Martin Lockshin’s primary area of scholarly expertise and writing is the history of Jewish biblical interpretation, particularly the interplay between tradition and innovation. Most of his research has been centred on those medieval biblical commentators who valued tradition intellectually, who lived traditional lives and who explored their understanding of the Bible. The largest part of his scholarship has been about Samuel ben Meir (12th century Northern France), a traditionalist Bible commentator with an uncanny knack for offering new understandings of biblical texts—his conclusions are often strikingly similar to the “discoveries” of biblical critics seven or eight hundred years later.

Lockshin has published a four volume English annotated translation of Rashbam’s major work and also a two volume annotated Hebrew edition. His interest in biblical interpretation has led him to study Jewish-Christian relations, since Jews and Christians over the ages had both competitive and (at times) cooperative approaches to the study of their sacred Scripture.

He served in the past as chair of the Division of Humanities and as director of the Centre for Jewish Studies. Lockshin has taught a wide array of Humanities courses connected to Judaism, or to Judaism and Christianity, and has taught many “text” courses in Hebrew in the Department of Languages, Literature and Linguistics.

Outside of the academy, Lockshin is interested in tradition and innovation. He writes widely in the popular Jewish press about the phenomenon of Jewish “modern Orthodoxy” in North America and Israel. He spends sabbaticals (and as much time as possible when not on sabbatical) doing research in Israel.

Dimock’s research interests span topics in ethical theory and practical ethics, including political and public sector ethics, political philosophy and the philosophy of law. She is currently researching criminal law and criminal justice within the framework of a broader political conception of a just society.

In addition to being an active researcher and author of numerous books and scholarly articles, Dimock teaches both undergraduate and graduate courses in moral, political and legal philosophy. She is a winner of York’s most prestigious teaching award—the President’s University-Wide Teaching Award—and has developed a range of pedagogical materials for teaching philosophy. Her passion for and wide mastery of topics in value theory, her wit and her extraordinary presentation skills combine to make her a sought-after speaker. Dimock participates in a variety of scholarly workshops and conferences throughout the world.