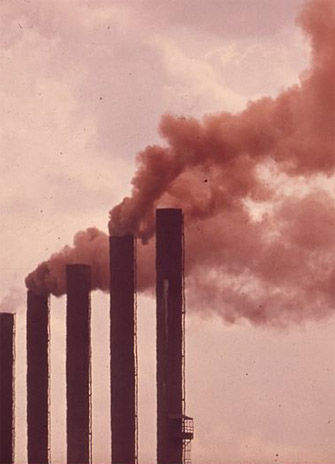 The air we breathe, the tools we use to measure the quality of our air and how these tools have evolved will be examined in the 2014 Morris Katz Lecture in Environmental Research taking place Friday, May 16 at York University.

The Morris Katz Lecture in Environmental Research is an annual event. The May 16 lecture starts at 2:30pm in Room 103, Life Sciences Building on York University’s Keele campus and is free and open to the public.

The initial efforts to use atmospheric composition data to identify and quantify pollution sources began more than 40 years ago and they have continued to evolve up to the present. Studies using factor analysis were published in 1968 while the chemical mass balance was first suggested in 1971. Initially there was little demand for these tools by the air quality management community because they were not initially recognized by the United States Environmental Protection Agency (EPA) as an acceptable part of the planning process (SIP).

Major developments occurred as part of the Portland Air Quality Study (PAQS) in which receptor models were used and led to substantial corrections to the dispersion model used for air quality planning. A critical step occurred with the promulgation of the 1987 PM10 National Ambient Air Quality Standard when one of the EPA’s guidance documents indicated that receptor models could be used in SIP development. Subsequently in the 1990s, the EPA supported the development and distribution of several receptor models.

Hopke joined Clarkson University in 1989 as the first Robert A. Plane Professor. On Jan. 1, 2002, he became the Bayard D. Clarkson Distinguished Professor and director of the Center for Air Resources Engineering and Science. On July 1, 2010, Hopke became the founding director of the Institute for a Sustainable Environment. His research interests are multivariate statistical methods for data analysis; chemical characterization of ambient aerosol samples; emissions and properties of solid biomass combustion systems; characterization of source/receptor relationships for ambient air pollutants; experimental studies of homogeneous, heterogeneous, and ion induced nucleation; indoor air quality; exposure and risk assessment. Hopke has authored or co-authored over 534 papers in scientific journals, more than 85 chapters in books and peer-reviewed proceedings. He is the author of one book and has edited five books.

Major contributions in support of this year’s lecture have been made by York’s Centre for Atmospheric Chemistry and Ontario’s Ministry of the Environment.

Morris Katz (1901-1987) was an outstanding scientist. He spent 35 years in public service, where he pioneered air pollutant sampling and measurement methodology and was among the first to demonstrate the presence of ozone damage to vegetation in Ontario. He taught chemistry at York University until his death. He authored or co-authored more than 150 books and articles and was the recipient of numerous awards for his work.

The Morris Katz Lectureship was made possible by the establishment of an endowment fund created through contributions from his family, friends and colleagues, private companies, universities and government. Major contributions in support of this year’s lecture have been made by York’s Centre for Atmospheric Chemistry and the Ontario Ministry of the Environment.