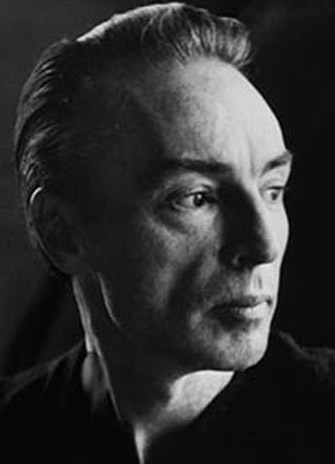 Joysanne Sidimus, a performer of international acclaim, will give a free public talk about the George Balanchine Trust and Foundation as part of the Selma Odom lecture on May 15.

The foundation honours the memory of George Balanchine (1904 to 1983), who is considered by many to be the 20th century’s most prolific and famous choreographer and the “father” of American ballet. In her presentation for the Selma Odom Lecture, Sidimus will offer her insights into the foundation’s roots and operations.

Balanchine, a Georgian native, took the standards and technique from his education at the Imperial Ballet School in Russia and fused it with his knowledge of other schools of movement that he embraced during his tenure as a guest choreographer on Broadway and in Hollywood, to create a his signature neoclassical style.

Sidimus is a foremost authority on the work of the iconic choreographer. She has staged his ballets on international stages and she will share her rich store of experiences and some of her private video archives to illuminate Balanchine’s genius and legacy.

Established in 2010 to honour the contributions made by York dance Professor Emerita Selma Odom, the lecture takes place May 15, from 11am to 1pm, in the McLean Performance Theatre, 244 Accolade East Building, on York’s Keele campus. Admission is free and all are welcome.

Sidimus studied at the School of American Ballet before joining the New York City Ballet. She subsequently performed as a soloist with London’s Festival Ballet and as a principal dancer with the Pennsylvania Ballet and The National Ballet of Canada.

She has been a repetiteur for The George Balanchine Trust and a member of the artistic staff of the National Ballet of Canada since 1983. She has staged Balanchine works for many companies and schools including the Stuttgart Ballet, Suzanne Farrell Ballet, Teatro Municipale of Rio de Janeiro, Teatro alla Scala (Milan), Pennsylvania Ballet, Royal Winnipeg Ballet, National Ballet of Canada and Beijiing Dance Academy. The founder of the Dancer Transition Resource Centre and The Artists’ Health Centre of Toronto Western Hospital, Sidimus served as project director for the Senior Artists Research Project, which led to the founding of the Canadian Senior Artists Resource Network. Currently she co-directs the mentorship program of that organization. She is the author of the book Exchanges: Life After Dance, and co-author, with York Professor Carol Anderson, of the book Reflections in a Dancing Eye: Investigating the Artist’s Role in Canadian Society.

The Selma Odom Lecture was established in 2010 to honour renowned dance scholar and educator, York University Dance Professor Emerita Selma Odom, a leading light of Canadian dance studies and of York’s Department of Dance for almost four decades. She has retired from full-time teaching to devote herself to her research and writing projects.