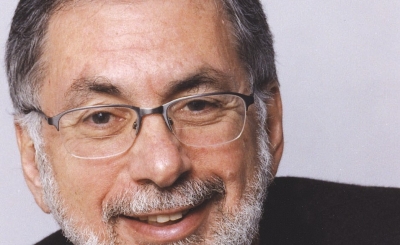 The International Association of Labour Law Journals curates an annual electronic collection of the most interesting articles published during the previous year – one article per journal.

Matthew Finkin, editor of the Comparative Labour Law and Policy Journal, has advised York University’s Osgoode Hall Law School that Professor Emeritus Harry Arthurs’ article, titled “Labour Law as the Law of Economic Subordination and Resistance: A Thought Experiment” in the 2013 issue number 34:3, has been selected as the journal’s most interesting article of 2013.

University Professor, former dean of Osgoode (1972-1977) and president of York University (1985-1992), Arthurs has also been an academic visitor at several Canadian, British and Commonwealth universities.

Arthurs’ publications range widely over the areas of legal education and the legal profession, legal history and legal theory, labour and administrative law, globalization and constitutionalism. His academic contributions have been recognized by his election as an associate of the Canadian Institute for Advanced Research, a Fellow of the Royal Society of Canada and a Corresponding Fellow of the British Academy. He was awarded the Canada Council’s Killam Prize for his lifetime contributions to the social sciences (2002), the Bora Laskin Prize for his contributions to labour law (2003) and the International Labour Organization’s Decent Work Research Prize (jointly with Joseph Stiglitz) (2008).

Arthurs has been an arbitrator and mediator in labour disputes, has conducted inquiries and reviews at Canadian and American universities, and has provided advice to governments on a number of issues ranging from higher education policy to the constitution to labour and employment law.  Recently, he has chaired reviews of Canada’s labour standards legislation (2004-06), Ontario’s pension legislation (2006-08) and the funding of Ontario’s workplace safety and insurance system (2010-12). He has also served as a Bencher of the Law Society of Upper Canada, member of the Economic Council of Canada and president of the Canadian Civil Liberties Association.