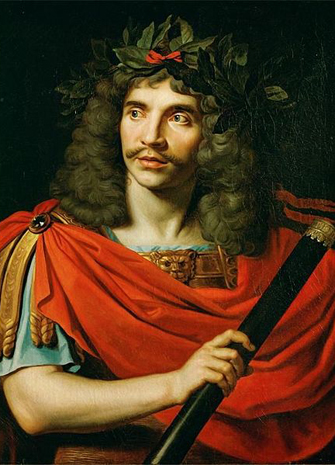 From May 8 to 10, the Department of French Studies at York University will host the 13th conference of the Centre International de Rencontres sur le 17e siècle (CIR 17). See the May 2 YFile story for more information on the conference.

“When colleague and conference organizer York Professor Marie-Christine Pioffet asked me if I could suggest a musical entertainment that would fit in with the theme of the conference, I immediately suggested a reprise of the Psyché program I was working on with the Continuo Collective,” says Arnason.

Moliere’s Psyché, first produced in Paris in 1671, symbolically recounts how the soul (Psyche in Greek) is made immortal through love. In the play, Cupid himself falls in love with the mortal Princess Psyche and the young couple must overcome the jealousy of Psyche’s less attractive sisters and Cupid’s own mother Venus before they can be wed.

“In its time, Psyché was one of Moliere’s most successful plays,” explains Arnason, “but because of the hundreds of musicians and dancers required to perform it in its original version, it has come to be considered impractical to perform, and thus rarely put on.”

The play was so successful that it prompted a number of adaptations, including an English version by Thomas Shadwell with music by Matthew Locke and an opera by Jean-Baptiste Lully. York audiences will have the opportunity to hear excerpts from all three versions.

The upcoming concert is not only an opportunity to rediscover a little-known work, it also offers a glimpse into a number of performance practices that, to the modern spectator, might seem unfamiliar.

“First of all, the orchestration is quite exotic. Although we don’t have the full forces used in 1671, we do have a very striking ‘pluck band’ with three theorboes (a very dramatic looking – and sounding – bass lute with a 6-foot long neck), a harpsichord and an ensemble of baroque string instruments using gut strings,” says Arnason. The sound is quite different from what you would expect of a Western orchestra, and the group looks very impressive as well. We also have a fantastic group of singers, both francophone and anglophone.”

Arnason is also spearheading another aspect of baroque performance that has not yet caught on widely in North America: the French vocal numbers will be sung with historical pronunciation. “The idea is to try to recreate the sounds that 17th century audiences would have heard. Traditionally that has included orchestration and singing technique, but the idea that pronunciation plays a role in recreating that sound is only just catching on.”

Altogether, Arnason says the project is an example of “research through performance”, where the process of performing a work serves to test the theories that have arisen solely from reading it. Such a project is also highly

interdisciplinary, drawing on literary, musical and theatrical research, but also on history and historical linguistics. The organizers hope that its interdisciplinary nature will also make it appeal to a wide range of faculty and students from the York community.

The Toronto Continuo Collective (or TOCC) is itself a pedagogical initiative. Founded in 2005 by Medicky and Harris, it was originally intended to help its members learn to play the improvised accompaniments (or basso continuo) used in baroque music, a process that can be tedious if there is no one to actually accompany or any specific performance to work towards. Over the years, the group began exploring a wider array of performance practices, including singing techniques, which is how Arnason came to be associated with the ensemble as a language coach in 2011.

Psyche: The Immortal Soul will be performed one time only on Thursday, May 8, at 7pm in the McLean Performance Studio (Accolade East). Tickets can be purchased at the door and cost $20 (regular rate) or $10 for students.

For more information on the concert, visit the Toronto Continuo Collective website or e-mail Arnason at arnason@yorku.ca.