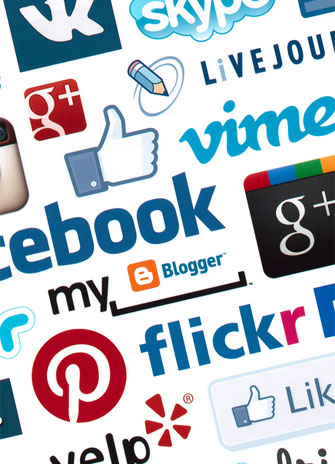 The International Conference on Social Media: Implications for Politics, Religion & Gender, will be held at York University May 8 and 9 in Accolade West 205.

The conference is the second organized by Professors Roberta Iannacito-Provenzano and Jana Vizmuller-Zocco of the Department of Languages, Literatures, and Linguistics. The first conference titled, The Social Media: Implications for the University Conference, was held at York University in May 2013. See the April 27,2013 YFile story for more information.

The second annual International Conference on Social Media: Implications for Politics, Religion & Gender, focuses on social media and its use, function and agency in politics, religion and gender causes.

According to some scholars, new media clashes with traditional political, religious, as well as gender structures. Other scholars contend that new media offers traditional power stakeholders another means by which to prevail. The purpose of this conference is to attempt to critique, describe and explain the global reach, ubiquity, popularity and localism of social media issues relating to politics, religion and gender.

Some of the topics that will be discussed at this year’s conference include:

Visit the conference program online for full details on topics and speakers. Admission is free.

The conference begins at 11am on May 8 with an opening keynote by Professor Paolo Gerbaudo of King’s College in London, UK. Gerbaudo’s presentation is titled, “Social Media and the Rise of Digital Mass Politics”. His talk will begin at 11:30am in 205 Accolade West Building. The author of Tweets and the Streets: Social Media and Contemporary Activism (2012), Gerbaudo joined King’s College London in September 2012 as a lecturer in digital culture and society. Previously he had been an associate lecturer in journalism and communication, at the Media Department at Middlesex University, and an adjunct professor of sociology at the American University in Cairo. Apart from his academic work, Gerbaudo has also acted as a journalist covering social movements, political affairs and an environmental issues, and as a new media artist exhibiting at art festivals and shows. He holds a PhD in Media and Communications from Goldsmiths College.

The conference is sponsored by the following offices at York University: The Office of the Provost, The Office of Research Services, the Office of the Dean in the Faculty of Liberal Arts and Professional Studies, the Department of Languages, Literatures and Linguistics, and the School of Gender, Sexuality and Women’s Studies.