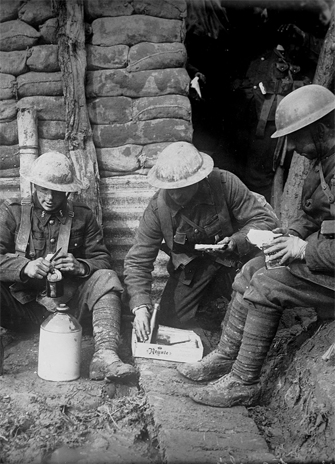 Did you know income tax in Canada is a direct result of the First World War? That we lost nearly an entire generation of men in the war that lasted more than four years? Or that only the Canadian military ranked women as officers during the war?

York University’s Department of History in the Faculty of Liberal Arts & Professional Studies has produced a fascinating video series to mark the centennial of the Great War, which includes these facts and more. The six-part series in English titled The War to End all Wars, includes The World at War, Canada at War, Women at War, Empires at War, Technologies at War, The Spoils of War, and its comprehensive French version is titled Les Canadiens français et la Première Guerre mondiale.

“Creating this documentary series was very exciting as we were able to bring in several facets of the Great War and its impact on Canada, and also include historic images to support our analysis at the century mark,” says York history Professor Marcel Martel, chair of the Department of History and the Avie Bennet Historica Canada chair in Canadian History.

From the assassination of Archduke Franz Ferdinand, the heir to the Austria-Hungary Empire that sparked one of the deadliest combats in human history, to how the shared sense of bereavement from losing so many loved ones has united people in Canadian history, the documentary examines various aspects of the war, the role Canada has played in it, and the lasting effect on this country.

York University history experts also delve into how and why European and non-European countries got involved in the war, particularly their political, regional and religious affiliations. Other topics include roles for Canadian women in war zone medical and clerical services as well as fulfilling wartime workforce needs at home; new technology use such as employing aircraft and tanks in warfare; and the repercussions on ethnic groups and their nations.

The documentary series was released to YouTube for public viewing on April 23 and is available on the Department of History website.