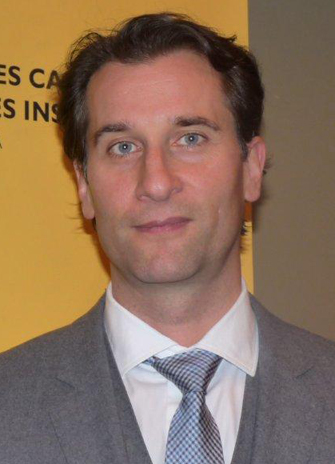 I am extremely pleased to inform you that the search for a new Principal of Glendon College has reached a successful conclusion.

You will recall that last fall I established a search committee, comprising members of Glendon College as well as a member appointed by me, and chaired by the Vice-President Academic & Provost, charged with undertaking a search for the next Principal. This is a critical juncture in the College’s development, as Glendon is poised to expand its French language programming and services, building on its strengths to better serve the Francophone population of central and southwestern Ontario, and consistent with provincial government priorities.

Following an extensive national and international search, which attracted a number of outstanding candidates, the committee recommended the appointment of Professor Donald Ipperciel to the position of Principal. I am very pleased to announce that Professor Ipperciel has accepted our invitation to take up a five-year term as Principal, commencing July 1, 2014. On April 14, 2014, the Board of Governors Executive Committee, on behalf of the Board of Governors, concurred with the recommendation for the appointment.

Professor Ipperciel will join York University from the University of Alberta, where he is a Professor of Political Philosophy at the university’s Campus Saint-Jean (CSJ), the U of A’s French-speaking Faculty offering programs in education and the liberal arts. He has held a full-time appointment at CSJ since 2000 and was promoted to Full Professor in 2008. From 2002 to 2012 he held the Canada Research Chair in Political Philosophy and Canadian Studies at CSJ. Professor Ipperciel has held a number of senior administrative appointments at the U of A and CSJ. Since 2012, he has served as Vice-Dean at CSJ. His responsibilities in this key portfolio include budget management; professorial evaluations; media relations; government, community, inter-institutional and inter-Faculty relations; international collaborative initiatives; and strategic planning. He previously served as Acting Dean for a period during 2012-2013; as head of the Arts/Social Sciences section (2006-2009); as Assistant Dean Research (2007-2010); and as Director of the Canadian Studies Institute (2011-2013). In 2009, he was appointed Associate Dean Information Technology at CSJ, a position he continues to hold, with responsibility for leadership in technology matters. In 2011, he founded Oohoo IT Services, a spin-off company specializing in learning technologies. He also serves on a number of national Francophone bodies, including AUFC (Association des universités de la francophonie canadienne) and CNFS (Consortium national de formation en santé).

Professor Ipperciel holds a DEC in Pure and Applied Science from Royal Military College, Saint-Jean-sur-Richelieu, a BA and an MA in Philosophy from the Université de Montréal, and a PhD in Philosophy from Ruprecht-Karls-Universität in Heidelberg, Germany. He is a specialist in contemporary German philosophy, with his recent research focusing on the theory of nationalism and the nation as well as on Canadian nationalism and multiculturalism. His research also explores issues in educational technology. Professor Ipperciel’s scholarly record includes more than 60 publications (books, chapters and articles) as well as presentations at more than 60 academic conferences in English, French, and German.

Professor Ipperciel’s teaching skills have twice been recognized by CSJ’s Excellence in Teaching Award, and he is regarded as a leader in teaching technology, spearheading initiatives in blended learning, Moodle courses, language labs, and smart classrooms. He has also supervised numerous graduate students over the past two decades.

I would like to thank the members of the Search Committee for the Principal of Glendon College for their contributions to this important process. I would also like to express my great appreciation to Professor Kenneth McRoberts, who has provided outstanding leadership to the College for more than a decade.

I look forward to welcoming Professor Ipperciel to York University and Glendon College and to working with him as he undertakes this critical leadership role. I hope that all members of the College and the University will join me in congratulating and welcoming him.