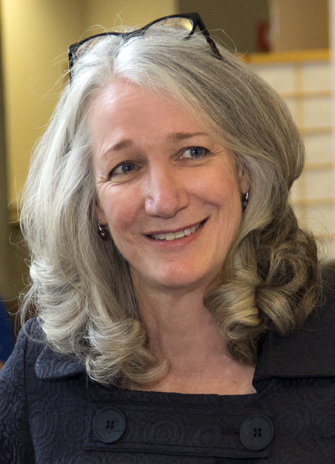 I am delighted to inform you that the search for the next dean of the Faculty of Graduate Studies and associate vice-president graduate has reached a successful conclusion.

Last fall, I established a search committee, comprising members of the Faculty (faculty, staff and students) as well as a member appointed by me, and chaired by the vice-president academic & provost, charged with undertaking a search for the next dean/AVP to advance graduate education at York in collaboration with colleagues across the University.

Following an extensive national and international search, which attracted a number of outstanding candidates, the committee recommended the appointment of Professor Barbara Crow to the position of dean of FGS and AVP graduate. I am very pleased to announce that Professor Crow has accepted our invitation to take up a five-year term as dean and AVP, commencing July 1. On my recommendation, on April 14, the Board of Governors Executive Committee, on behalf of the Board of Governors, concurred with the recommendation for the appointment.

As members of the University community will know, Professor Crow has been serving proficiently as interim dean of FGS and AVP graduate since 2012. Prior to her appointment as interim dean, she served in the Faculty of Liberal Arts & Professional Studies as associate dean research and then associate dean teaching & learning from 2009 to 2012. She is a professor in the Department of Communication Studies and served as graduate program director of the joint York/Ryerson graduate program in Communication and Culture from 2007 to 2009. She holds BA, MA and PhD degrees from York University, and has been a faculty member here since 2001, joining this University from the University of Calgary. Professor Crow’s research focuses on the social, cultural, political and economic implications of digital technologies, and she has authored, edited and presented numerous scholarly pieces on mobile technologies, US radical feminism and Canadian women’s studies.

As interim dean and AVP graduate, Professor Crow worked in collaboration with other Faculties and units across the University to strengthen graduate education at York, including the promotion of a more integrated approach to undergraduate and graduate planning around curriculum and enrolments. She has also led initiatives to develop the professional skills of graduate students, increase the profile of graduate research and scholarship, and improve the number of scholarships and scholarship results. She has been a strong advocate on behalf of graduate studies at York University and beyond, contributing to ongoing debates on graduate education in the province and nationally through roles on the Canadian Association of Graduate Studies (CAGS), on the Conference Board of Canada and on the Executive Committee of the Ontario Council of Graduate Studies (OCGS).

I would like to thank the members of the Search Committee for the dean of graduate studies and AVP graduate for their contributions to this important process.

I look forward to continuing to work with Professor Crow in this key leadership role, and I invite colleagues to join me in congratulating her on her appointment as dean and AVP graduate.