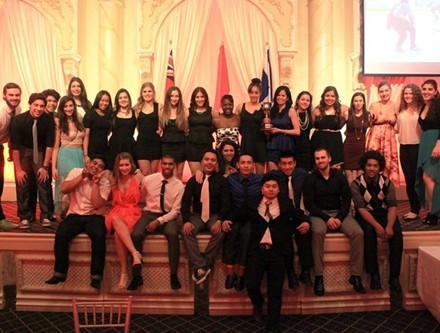 The York U team

The York University Lions were named the champion of the TRY Cup for the third straight year this month, once again asserting themselves as the top intramurals program in the city.

The TRY Cup pits intramural teams from the Toronto Varsity Blues, Ryerson Rams and York Lions against each other in basketball, dodgeball, flag football, ice hockey, soccer and volleyball, with points awarded for where teams finish.

The Lions walked away with the trophy after a thrilling comeback in the final event, the basketball competition, where they swept the men’s, women’s and co-ed divisions to collect 15 points and finish eight points ahead of the Varsity Blues.