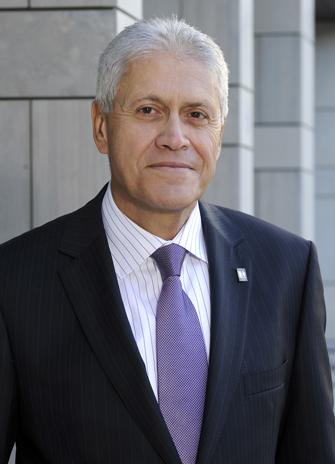 York Region is the most populous municipality of its kind in North America without a university within its borders. York University has grown up over the past 55 years literally on York Region’s doorstep.

So last December, when the Ministry of Training, Colleges and Universities (MTCU) released its Major Capacity Expansion Policy Framework designed to ensure that more students have access to quality learning closer to home, York University saw this as a unique opportunity to grow and to expand its already strong relationship with York Region – with a new university campus.

On the same day as the March Senate meeting, York’s President and Vice-Chancellor Mamdouh Shoukri announced that MTCU had issued that day a formal Call for Proposals (RFP), and he shared with senators that York University intended to submit a proposal to MTCU to build a new campus in York Region.

“The two principles fundamental to York’s proposal are that a new campus must support York University’s mission and academic plan, and it must be fully funded by government and external partners,” said Shoukri. “It is clear that MTCU’s RFP process to select those universities that can develop new campuses or expand existing ones will be highly competitive. We want to be among those chosen by ensuring that we put forward the most powerful and compelling proposal possible.”

“Having a strong, supportive municipal partner is a vital first step for us,” said Shoukri. “But in my view, our strongest competitive advantage differentiating York University is the ability to include Seneca College as our academic partner in providing joint and collaborative degree programs as well as shared student services. Seneca is already on board and very supportive, and you can be sure that we will highlight and leverage the multiple benefits of our very successful working relationship.”

Prior to the MTCU Call for Proposals, the president also formed a steering committee made up of senior representatives from York and Seneca. This group is now fully engaged in planning how best to position and prepare York University’s submission. In addition, they are committed to ensuring that the York University community is aware of and understands what this unique opportunity to build a new campus can mean for York’s future. Information sessions that will provide an opportunity for the York community to learn more about this opportunity and ask questions are now being planned for late April or early May. Detailed information will be provided via YFile as soon as the dates, times and locations are confirmed.

“The potential for a new York University campus in York Region is one more significant development in the University’s overall York Region strategy, to forge strong connections between the University, Seneca College and all of our surrounding municipalities,” said Shoukri.