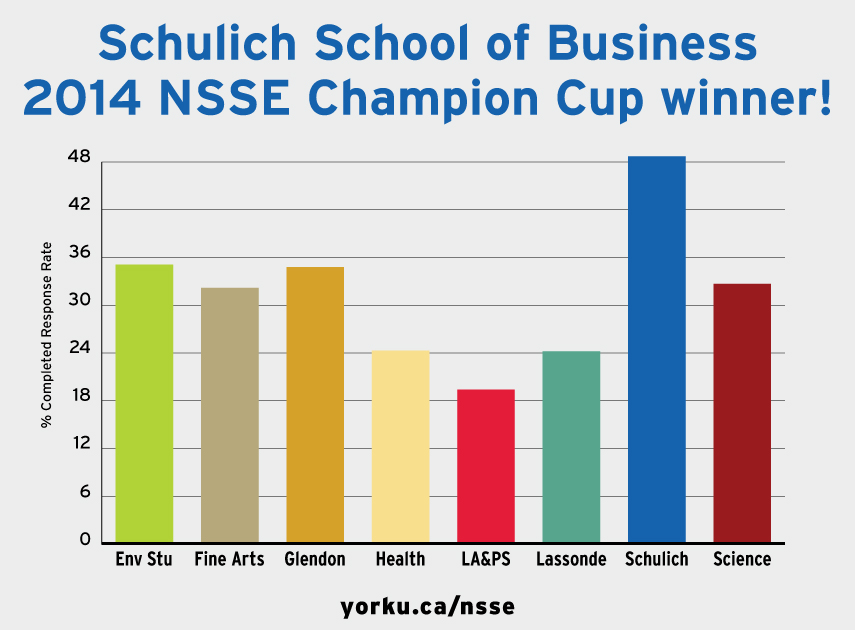 The survey, which started Feb. 11 and continued until March 31, asked students what they liked about their educational experience at York U and what could be done to help them learn better. Thousands of first- and fourth-year York University students were asked to take part in the survey. The survey responses will be analyzed and the results used to inform policy decisions at York University.

Each student who took the time to complete the survey received a virtual “Thank-you” coupon on their YUCard for a free latte at Starbucks (Keele campus) or Tim Hortons (Glendon campus),  or for a $5 York Lanes gift card.  For those students who completed the survey, the $5 virtual coupons must be redeemed before the close of business on April 30. The York Lanes gift cards can be used up to Dec. 31.

Students who completed the survey have been automatically entered into a draw  for prizes. There are five $500 tuition Waivers, ten $25 YUCard top ups and ten $25 Keele/Glendon Bookstore coupons to be won. The winners will be notified in the near future.

*Students can still take the survey (but will not be eligible for the coupon). NSSE remains open until June 1, so students who received an invitation but didn’t get a chance to complete the survey, can still do so. The feedback is important as it will help make York an even better place to learn. To take the survey, click on link in the e-mail invitation from York President Mamdouh Shoukri on Feb. 11 or in the reminders sent from Vice-Provost Students Janet Morrison on Feb. 25 and March 11, 25 and 27. The messages will be in the student’s primary e-mail account.