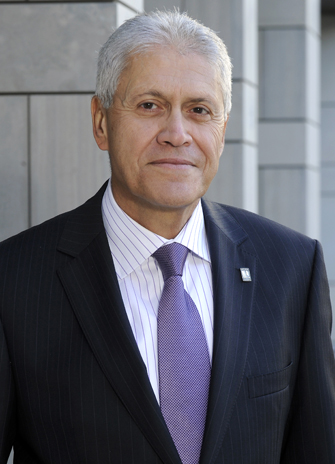 In response to news of an arrest in the March 6 food court incident, York President and Vice-Chancellor Mamdouh Shoukri has issued this statement:

We at York University strongly welcome the news that the Toronto Police Service (TPS) has charged a suspect in the March 6th incident in the Food Court on our Keele campus, in which a firearm was discharged and two students were injured. The arrest was announced late this morning in a TPS news release.

I would like to thank the Toronto Police Service for their swift response to this disturbing incident. I also wish to acknowledge York Security Services for assisting in the investigation and cooperating fully with Police. As this is an ongoing police investigation, we ask that any questions or comments about the arrest or charges be directed to TPS.

Immediately following the incident, I directed a number of actions to be taken, and I would like to provide an update on those actions here. I have been in ongoing contact with the Toronto Police Service and will be meeting with Police officials on March 18 to conduct a full debrief of the incident and to discuss and provide joint recommendations to address outstanding campus safety issues. York Security Services has posted dedicated security staff on site in the Food Court at the Student Centre. Gary Brewer, Vice-President, Administration and Finance, is working with the Student Centre to provide enhanced security at that location, including the installation of security cameras in and around the centre.

Let me close by saying I am angered and saddened that an incident like this could happen on our campus. This has been a difficult period for all of our students, faculty and staff. I want to extend to the two York students and their families our full and continued support.

Despite the challenges of this last week, I am heartened by the strong and compassionate response I have seen within the York community. There are countless leaders here at York—within our student community, faculty, and staff—who are committed to working together to ensure the safety and security of our campuses. While we have made major enhancements over the last few years, we will not rest in our resolve to work together, and to work harder, to build communities that are safe, secure, and free of violence in all its forms.