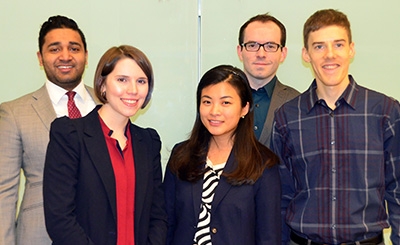 A team from Osgoode Hall Law School placed third in the 2014 Davies Corporate Securities Law Moot, which was held at the Federal Court in Toronto on March 7 and 8.