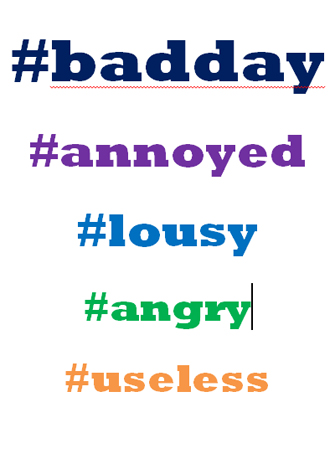 Do you take to Facebook and Twitter to complain about whatever goes wrong in your daily life? Perhaps you should do just the opposite to feel better about the world around you.

Recent findings by York psychology Professor Myriam Mongrain and graduate student Susan Sergeant, both researchers in the Faculty of Health, support this as a means to foster optimism. Their study involving participants from across the globe showed that a 10-minute exercise can help people change their outlook on life for the better. The simple exercise – shifting attention to the small positives in your life and writing down one achievable goal for the day can help to cultivate optimism for happier and healthier living. Along the way you could also create positive mood in your social media circles.

“The results both in the short and the long run were striking. Those who participated in the optimism exercise developed a more adaptive set of beliefs about their self-worth. They became less dependent on others and on their achievements to feel good about themselves,” says Sergeant, who led the research.

“Pessimistic individuals have even more to gain from this exercise, as they reported significant changes in depression and feeling more hopeful, after the exercise period,” points out Mongrain in the Faculty of Health’s psychology department.

The study, recently published in the Journal of Consulting and Clinical Psychology, was conducted on 466 participants (ages 18 to 80) of whom 253 participants performed optimism related exercise, finding the silver lining in difficult situations and listing concrete ways to achieve their goals. The rest, who were part of the control group, undertook a writing exercise to simply describe their day.

Recruited online, the participants were primarily residents of Asia (37 per cent), Canada (35 per cent), and the United States (17 per cent). It is important to note that the sample suffered from mild to moderate depression.