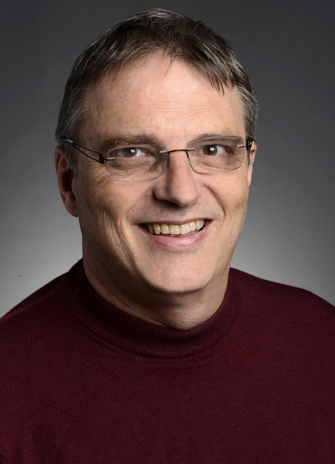 Laurence Harris, professor of psychology in the Faculty of Health,  has been named the recipient of a 2014 President’s Research Excellence Award for his outstanding contributions to multi-sensory research and to York University’s research community.

“Professor Harris is a tremendous credit to York University and as such is a highly deserving recipient of this year’s Research Excellence Award,” said President and Vice-Chancellor Mamdouh Shoukri. “Throughout his distinguished career at the University, he has demonstrated consistently strong leadership in research and academic excellence, as well as mentorship and student success. One of Canada’s best-known vision scientists, his pioneering research contributions have had far-reaching impact locally, nationally and internationally, and have significantly enriched research life at York and enhanced our reputation as a leading research-intensive university.”

“I am honoured to be the recipient of the 2014 President’s Research Excellence Award,” said Harris, who is also the director of York’s Centre for Vision Research, an Organized Research Unit at the University. “The award acknowledges my research and that of my students, and recognizes my contributions to breaking down the artificial barriers that have historically been erected between the senses. The award emphasizes the respect and significance that York attaches to research.”

Introduced four years ago coinciding with York University’s 50th anniversary, the award recognizes established, full-time, active faculty members with outstanding research achievement and significant contributions to advance the University’s international reputation for research excellence. It will be presented at the York U Research Leaders event, held on Tuesday, Feb. 25, in recognition of student and faculty research success and to celebrate York’s 2013-14 research achievements.

The Senate Committee on Awards selected Harris from eight nominees to receive this year’s award — a $10,000 internal research grant — for his many achievements as an internationally renowned scholar who has made groundbreaking contributions to the field of multi-sensory research.

Harris, who recently led a $1.9-million project funded by the Canadian Foundation for Innovation to investigate the role of peripheral vision in balance and self-motion to help reduce the risk of falling in at-risk populations, has published more than 20 book chapters. His work has been published in some 100 peer-reviewed papers, including journals such as Nature, Science and PNAS. A past chair of the Department of Psychology, Harris has also been a dedicated teacher, mentor and citizen of the University.