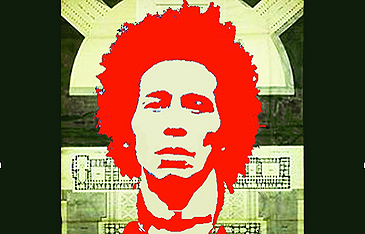 A screening of the film, Bob Marley: The Making of a Legend, followed by a Q&A and discussion with the directors, will take place today (Wednesday) as part of the sixth annual Performing Diaspora series.

The award-winning film by Esther Anderson and Gian Godoy is based on footage shot in the early 1970s examining aspects of the life, creativity, beliefs and influences of the young Marley and the Wailers, when the idea of a Jamaican super group akin to the Beatles or the Rolling Stones was just a dream.

The film shows the launch of the group’s international career with songs such as, “Get Up Stand Up” and “I Shot the Sheriff”, as well as the albums, Burnin’ and Catch a Fire, that brought Reggae music and Rasta consciousness to the world.

The discussion will look at the rise of reggae music and Rastafarian consciousness, in addition to exploring the various influential developments in Jamaica and the diaspora since the 1970s.

Anderson and Godoy will join a panel discussion with Daive Dunkley, a history lecturer at the University of the West Indies, Mona campus, and author of Agency of the Enslaved: Jamaica and the Culture of Freedom in the Atlantic World, and Chozen, co-host of the Zion Train reggae show on York University’s radio station CHRY and co-owner of Trea Jah Isle Records.

The panel will explore the fascination surrounding “Bob” the man and the icon and the rise and popularity of Reggae music and Rastafarianism as a wider religious, historical and political construct in Jamaica and the Diaspora.

Dunkley, whose work currently focuses on the foundational leaders of the Rastafarian movement such as Leonard P. Howell and Archibald Dunkley, states that “the Rastafari represents one of the most important groups in modern Jamaica in terms of demonstrating agency.”

Given the intention of Performing Diaspora in prominently featuring the voices of Africans and persons of African descent in Canada, this event will be recorded and later transcribed, in an effort to collect oral histories and create a record of the experiences. It will then be edited for a Performing Diaspora Series of publications, to be published at a later date.