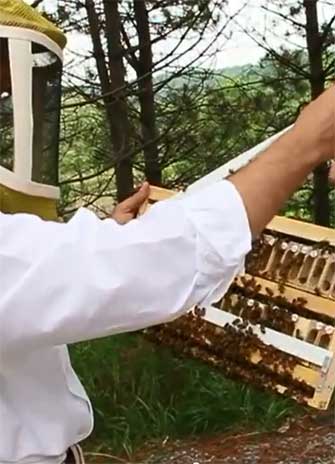 A bee colony’s health depends largely on the diligent efforts of its sterile worker bees, who perform essential tasks such as gathering nectar, building honeycombs, feeding larvae, regulating temperature and sacrificially defending their hive. But how did these amazing behaviours evolve when honey bee workers cannot leave any offspring of their own? This question has puzzled biologists for centuries, including Darwin, who considered the evolution of social insects to be a ‘special difficulty’ for his theory of natural selection.

Now, a study out of York University offers new insight into the mystery, having found strong evidence of natural selection on worker honey bees, indicating that worker behaviour is key to the success of honey bee colonies.

The study, published last Friday in the Proceedings of the National Academy of Sciences journal, involved sequencing the entire genomes of 40 honey bees from four different areas of the world and mapping out regions of the genome with evidence of positive selection – the process by which beneficial genetic mutations spread across an entire population.

“Our study presents the first map of positive selection for a social insect,” says York University biology Professor Amro Zayed. “We are very excited about this study because it tests a central idea in the field: the idea that the sterile workers can evolve by natural selection if their behaviours benefit related reproductive individuals, such as their sister queens and brother drones.”

“We found strong evidence of positive selection acting on genes that affect several aspects of worker behaviour, such as foraging and aggression,” says study co-author and York University PhD candidate Brock Harpur. “We also found evidence of positive selection on genes that are only turned on in worker bees, including some of the proteins used to make royal jelly – the food that workers feed to queen-destined larvae.”

Zayed says that the findings provide key details about what influences fitness in honey bees and demonstrates that workers, through their behaviour, allow colonies to adapt to different environments.

“Our analysis also uncovered 12 million DNA mutations in honey bees, and this knowledge can be used to understand the genetics of honey bees and to breed healthier bee stocks,” says Zayed.