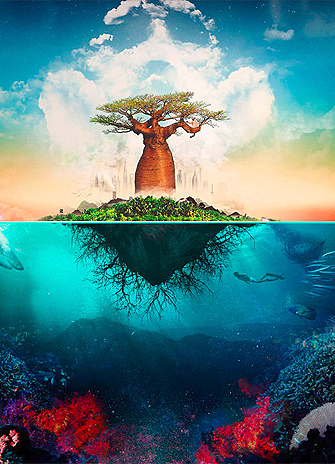 This year’s topic is timely considering the recent spate of rail, pipeline and climate disasters, which are all symptoms of fossil, fuel addiction.

The event will take place Friday, Jan. 31, from noon until 9pm, in the Nat Taylor Cinema, N102 Ross Building, Keele campus. The cost of admission is $7 for all-day access; early bird price is $5. It is presented and organized by the Institute for Research & Innovation in Sustainability (IRIS), the Osgoode Environmental Law Society and many other student clubs (see below), in collaboration with Planet in Focus.

Several films will be shown, followed by a panel discussion at 6pm and the final film at 7:30pm. In addition, Longfellow will be on hand to answer questions during all of the breaks in N120 Ross where Offshore will be on display.

The panel will include:

The films will include:

STAND at 12pm
STAND is an environmental film that rallies against the potential harmful effects that business ventures evoke on natural habitats.Showcasing the west coast of BC and what’s at stake with the proposed Enbridge Northern Gateway pipeline – tanker route.  Taking place in Haida Gwaii, Great Bear Rainforest, Bella Bella and Vancouver Island; STAND takes the viewers on a journey through the coast showcasing the rich First Nations culture and the incredible terrestrial and oceanic environments of the coast.

Tar at 2pm
Featuring breathtaking imagery of Western Canada in the heart of winter and music from 2013 Polaris Prize winners, Godspeed You! Black Emperor, Tar offers a firsthand look at the pristine ecology put at risk by the Northern Gateway Project; a highly controversial project to transport Oilsands crude oil to Asian markets.

Offshore (http://offshore-interactive.com/) at 2:15pm
Offshore is a interactive documentary created by Brenda Longfellow, Glenn Richards and Helios Design Labs that explores the dark waters of the global offshore oil industry in the wake of the 2010 Deepwater Horizon explosion. Offshore offers a vision of what happens when need and greed push this industry past a level of competence into a new world inhabited by questions we might not want the answers to. How far is too far? How deep is too deep? How dangerous is too dangerous?

Bidder70 at 4pm
Bidder 70 centers on an extraordinary, ingenious and effective act of civil disobedience demanding government and industry accountability. In 2008, University of Utah economics student Tim DeChristopher committed an act which would redefine patriotism in our time, igniting a spirit of civil disobedience in the name of climate justice. Follow DeChristopher, Bidder 70, from college student to incarcerated felon. Redefine justice for yourself. Choose your side.

Revolution at 7:30pm
Revolution is a film about changing the world. It is the true-life adventure of Rob Stewart. In this follow-up to his acclaimed Sharkwater documentary, he continues his remarkable journey through 15 countries over four years. It is on this journey that he’ll discover that it’s not only sharks that are in grave danger – it’s humanity itself. In an effort to uncover the truth and find the secret to saving the ecosystems humans depend on for survival, Stewart embarks on a life-threatening adventure.

There will also be door prizes, including:

The film festival is sponsored by York’s Centre for Human Rights and the York University Bookstore. The following groups were partners in organizing the festival: