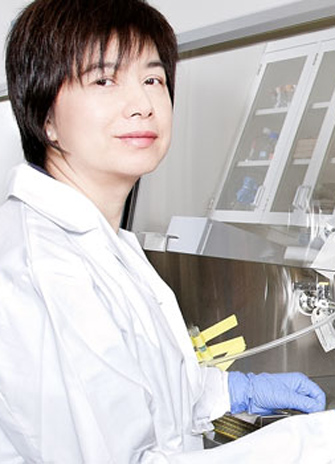 Preeclampsia is disorder of pregnancy that kills more than 575,000 yearly.

Chun Peng, professor of biology in the Faculty of Science at York University, has been awarded a $225,000 grant from the Canadian Institutes of Health Research (CIHR) for research into preeclampsia. The funding, distributed over three years, part of a special Canada-China Joint Health Research Initiative. Along with co-applicants Dr. Stephen Lye of Mount Sinai Hospital and Dr. Yanling Wang of the Institute of Zoology at the Chinese Academy of Sciences, Peng will investigate whether microRNAs can be used as biomarkers for early diagnosis and therapeutic targets of preeclampsia.

“Preeclampsia usually develops after 20 weeks of gestation and affects two to 10 per cent of pregnancies worldwide,” says Peng. “It remains a public health threat in both developed and developing countries and it leads not only to maternal death and still birth, but also carries a life-long impact on both the mother and child.”

“One of the major challenges for maternal and perinatal health programs is to develop effective early diagnostic and preventive strategies that will minimize the burden of preeclampsia,” says Peng. “This can be facilitated by collaboration among researchers and clinicians from industrialized and developing nations. With our proven successful collaborations, we are confident that this study will provide novel insights to offer an easy and effective screening tool for preeclampsia.”

“We have identified several microRNAs that are differentially expressed in the plasma and placental tissues between healthy subjects and preeclamptic patients, suggesting that these microRNAs may be used for the diagnosis and treatment of preeclampsia,” says Peng.

The China-Canada joint health research initiative aims to promote the development of Canadian-Chinese scientific co-operation between universities, hospitals and research institutions in Canada and China. It is jointly managed and funded by the CIHR and the National Natural Science Foundation of China (NSFC).