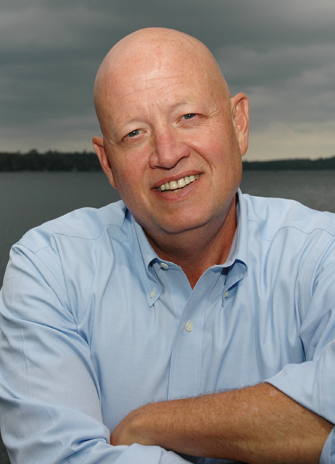 The chairman of APCO Worldwide, Greater China and a senior adviser to Pacific Epoch, McGregor is a specialist in China’s business, politics and society. His talk will take place from 12:30 to 2pm in the Robert R. McEwen Auditorium, Seymour Schulich Building, Keele campus.

McGregor is the author of the books No Ancient Wisdom, No Followers: The Challenges of Chinese Authoritarian Capitalism (2012) and One Billion Customers: Lessons from the Front Lines of Doing Business in China (2005). He also wrote the 2010 report “China’s Drive for ‘Indigenous Innovation’ – A Web of Industrial Policies”.

He regularly appears in the media to discuss China-related topics and is a contributor to The Atlantic. From 1987 to 1990, he served as The Wall Street Journal’s bureau chief in Taiwan and, from 1990 to 1994, as the paper’s bureau chief in Mainland China.

From 1994 to 2000, he was chief executive of Dow Jones & Company in China. After leaving Dow Jones, he was China managing partner for GIV Venture Partners, a $140 million venture capital fund specializing in the Chinese Internet and technology outsourcing.

In 1996, McGregor was elected as chairman of the American Chamber of Commerce in China. He also served for a decade as a governor of that organization. He serves on a variety of China-related advisory boards and is a member of the Atlantic Council, Council on Foreign Relations, National Committee on US-China Relations and International Council of the Asia Society.

McGregor’s keynote speech at the 2014 Davies Lecture is the sixth in the series of business law lectures made possible by the support of Davies Ward Phillips & Vineberg LLP. Davies is one of Canada’s leading commercial law firms, practicing nationally and internationally from offices in Toronto, Montréal and New York. The lecture program is part of the Hennick Centre for Business & Law and seeks to create excitement for business law among students and build ties with the broader legal and business communities in Toronto.

To RSVP, visit The Hennick Centre for Business & Law event sign up page and enter the event code: McGregor. Seating is limited.