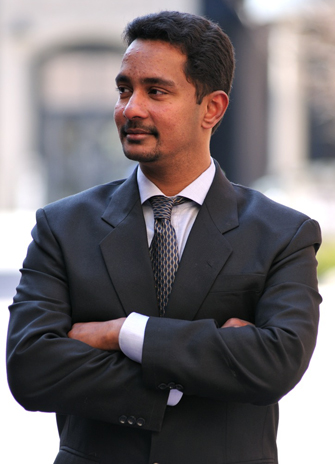 I am very pleased to inform you that the search for a new Dean of the Faculty of Science has reached a successful conclusion.

You will recall that I established a search committee, comprising members of the Faculty of Science (faculty, staff and students), as well as a member appointed by me, and chaired by the Vice-President Academic & Provost, charged with undertaking a search for the next Dean at this critical juncture in the Faculty’s history. Following an extensive national and international search, which attracted a number of outstanding candidates, the committee recommended the appointment of Professor Ray Jayawardhana. I am delighted to announce that Professor Jayawardhana has accepted our invitation to take up a five-year term as Dean, commencing July 1, 2014. On January 10, 2014, the Board of Governors Executive Committee, on behalf of the Board of Governors, concurred with my recommendation for the appointment.

Professor Jayawardhana joins York University from the University of Toronto, where he is a Professor of Astronomy and Astrophysics in the Faculty of Arts and Science, and holds the Canada Research Chair in Observational Astrophysics. Since 2012, he has been serving as Senior Advisor to the President on Science Engagement at the University of Toronto, providing outstanding tri-campus leadership in raising awareness of the U of T’s strengths in science teaching and research and in facilitating the effective engagement of the University’s scientists with the community at large. To this end, he has organized a number of outreach activities and training programs in partnership with external organizations, including the Science Leadership Program for faculty members from U of T and other Canadian universities, a series of off-campus talks, and a major public event series titled “Science Frontiers” on campus, as well as co-organizing the Toronto Science Festival with “Life in the Universe” as the 2013 theme. He also served on a number of advisory bodies at the University of Toronto and in his profession, organized the “Cosmic Frontiers” public lecture series in 2005, and worked with colleagues to develop the U of T’s response to the AAU STEM education framework. He has been a featured speaker at alumni and advancement events, and was the creator and organizer of the “CoolCosmos” outreach campaign marking the International Year of Astronomy in 2009.

Professor Jayawardhana holds a PhD in Astronomy from Harvard University and a BS in Astronomy and Physics from Yale University. Prior to his appointment at the University of Toronto in 2004, he held an appointment at the University of Michigan, Ann Arbor. He has co-authored close to 100 scholarly articles in his field, and is a co-editor of two books, Star Formation at High Angular Resolution and Young Stars Near Earth: Progress and Prospects. He is the recipient of a number of awards and honours, including the Royal Society of Canada’s Rutherford Medal and the Steacie Prize for Natural Sciences, and his research has attracted significant grant support.

Professor Jayawardhana enjoys an outstanding reputation for promoting the sciences with the media, government, the public, and external bodies. He is frequently featured in various radio, television and print media venues speaking to current issues in astronomy, and is the author of three popular books: Neutrino Hunters: The Thrilling Chase for a Ghostly Particle to Unlock the Secrets of the Universe, Strange New Worlds: The Search for Alien Planets and Life Beyond Our Solar System, and Star Factories: The Birth of Stars and Planets. He has an excellent record of engagement with students, having supervised and advised a large number of graduate students and developed and co-taught a Big Ideas course on “The End of the World.”

I would like to thank the members of the Decanal Search Committee for their contributions to this important process. I would also like to express my appreciation to Professor Donald Hastie for his dedicated service as Interim Dean of the Faculty for the past two years.

We look forward to welcoming Professor Jayawardhana to York University and to working with him as he undertakes this vital leadership role and contributes his exceptional skills and experience to the achievement of our shared objectives for the Faculty of Science and the University. I hope that all members of the Faculty and the broader York community will join me in congratulating and welcoming him.