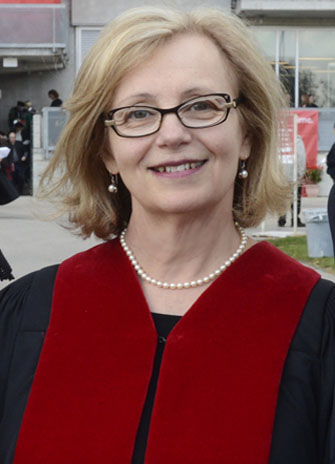 I am writing to let you know that Harriet Lewis, University secretary and general counsel, intends to step down from her position and retire from the University as of June 30, 2014.

On behalf of the University, I would like to express my sincere appreciation to Harriet for the many contributions she has made to York University during her 25 years of dedicated service. Harriet joined the University in 1988, when she took up the post of York’s first University Counsel. In addition to this role, she was appointed University Secretary in June 1998. In this critical role, Harriet has provided governance support to both the Board of Governors and Senate and their committees.

Harriet has done an exceptional job guiding York by providing advice about a wide range of legal matters and evolving governance standards during a period of rapid growth at the University. She has shared her expertise nationally and internationally, and her generosity of spirit has made her a mentor to many. Harriet has received a number of accolades during her time at York, including recognition as one of Canada’s Most Powerful Women: Top 100 in 2010 by the Women’s Executive Network (WXN), the John Hackett Memorial Award from the Canadian Association of University Solicitors, and a Bryden Alumni “Local Hero” Award in 2010.

I would like to offer my warm personal thanks and appreciation to Harriet for the exemplary advice, support and friendship she has provided to me during our time together at York.

We will have an opportunity in the spring to extend our best wishes to Harriet for a happy and healthy future, which, she assures me, will include a continuing commitment to York.