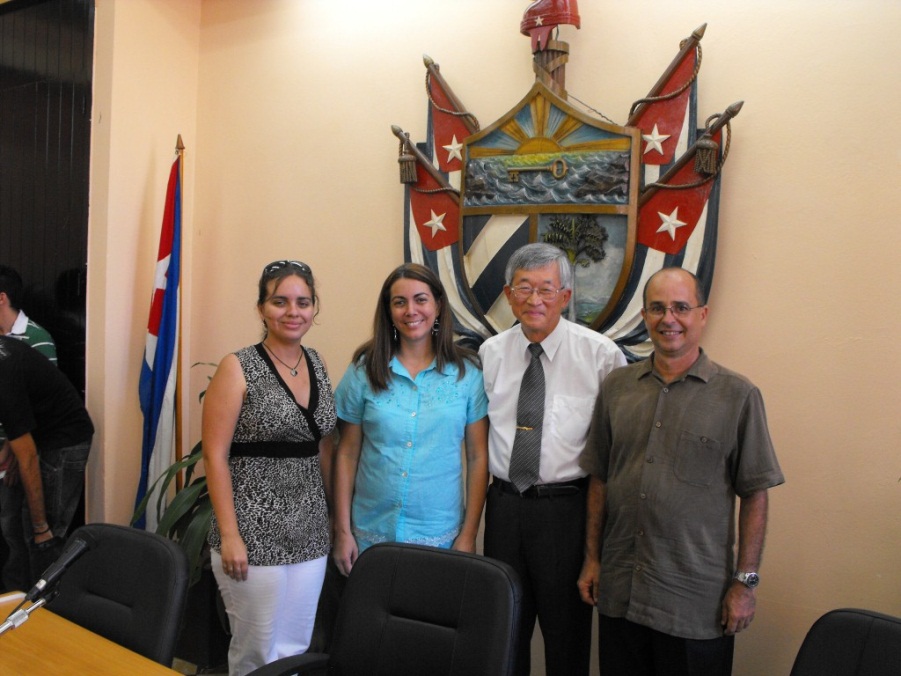 Ota read his acceptance speech in Spanish, which had been prepared by his colleague in DLLL, York Professor Pastor Valle-Garay. Ota has been invited to the University of Havana to offer seminars and workshops on teaching and learning foreign languages with technology since 2004. Recently he has been focusing on the Japanese Program at FLEX. Last year the board of directors of the University of Havana voted unanimously to concur on Ota the special title of Invited Professor for his contributions to the university.

“Professor Norio Ota from the Japanese and Korean studies Program at York University, Canada, has been awarded the special category of Invited Professor by the University of Havana (UH), Cuba. This category is given to non-UH staff who have demonstrated sustained teaching excellence both in their home institutions and in collaboration with the University of Havana,” said Díaz-Santos in his remarks during the presentation. He praised Ota´s personal involvement in arranging for and taking computer equipment and peripherals donated by

The certificate of “Invited Professor” awarded to Ota

Ota considers this award as a great honour and unexpected recognition of his volunteer work. He calls his work as “technical cooperation across the border” and intends to continue to assist Cuban colleagues as long as they require his service.  He is confident that what he has been teaching will be instantly usable whenever the Internet connection becomes freely available in Cuba.