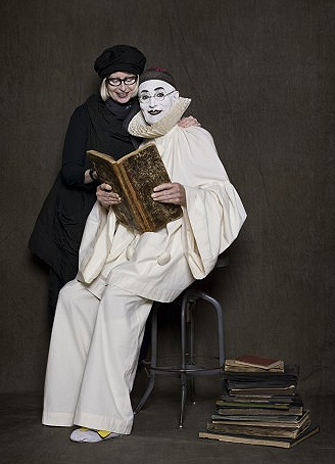 artists, the 65-minute film was a Top 10 Audience Favourite at Hot Docs in April.

A photo from the film Spring & Arnaud

In the film, Maggs is turning 85 when he embarks on a series of self-portraits that wryly depict his life’s work. Hurlbut, at 60, is creating haunting works that evoke mortality while harbouring the certainty that Arnaud’s time is limited. Together and alone, each grapples with the nature of an artist’s creativity where the drive for invention and discovery resists life’s finite reality.

Spring & Arnaud immerses the viewer in a world where art and life are indivisible and where the couple’s devotion to each other is matched only by their dedication to their own work. The camera captures the visually rich and precise world of these strong individuals, the texture of their surroundings, the humour of their interaction and their struggles to bring their ideas to life.

Below is a trailer for the film

The urban feel of the studio and gallery is seen in counterpoint to the artists’ bucolic retreat in the south of France. It is a world shaped by the artists’ commitment to distill what is most meaningful from life to create an enduring trace of their existence.

Through her production company Site Media Inc., which produced the film, Knight creates documentary films about leading Canadian artists, including Annie Pootoogook and Colette Urban, as well as the celebrated Inuit art community of Cape Dorset, Nunavut, and a feature documentary on Wanda Koop, called KOOP: The Art of Wanda Koop.