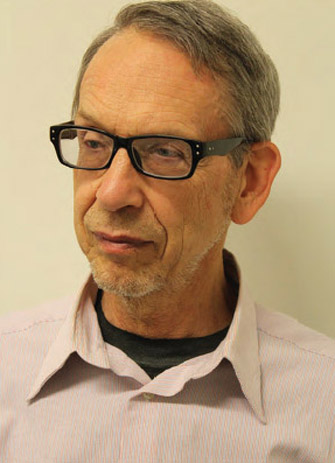 Composer, pianist and Professor Emeritus David Lidov presents a selection of his recent compositions with the participation of a dozen of his colleagues, students and alumni to launch the 2013-2014 Faculty Concert Series in York University’s Music Department.

Ranging from works composed for Indonesian gamelan flute to concert arias, the repertoire showcases the diversity of Lidov’s musical interests. The program, which includes a number of premieres, takes place Thursday, Oct. 24 in the Tribute Communities Recital Hall.

While Lidov officially retired in 2006, he has continued to teach courses such as composition to undergrads and graduate level semiotics. It is a testament to his influence and dedication that so many York musicians wanted to participate this concert, which is in part a post-retirement musical send-off as Lidov reduces his on-campus activities.

A highlight of the program will be the premiere performance of an excerpt of Lidov’s musical, currently in development, titled The Drought in Eden (Paradise Lost). Dubbed “music theatre for a time of climate calamity”, Lidov’s work presents the Biblical tale of the Garden of Eden as an ecological crisis caused by the original sin of greed. The serpent’s gift brings Adam and Eve into the modern world. They rise to giddy entrepreneurial success, only to descend into tormented maturity as their work exhausts the garden.

Excerpts from the beginning and end of this eco-musical will be performed by York alumna and current PhD candidate Vania Chan (BFA ’08), who applies her considerable gifts as a lyric coloratura soprano to the role of Eve, with singer/songwriter Dylan Hillyer (BFA ’11) taking the role of Adam. The singers are backed by guest artists Erica Crinò on keyboard and Benjamin Smith on piano, and undergraduate music student Niall Lyn-McKee on percussion.

Chan, an Eckhardt Gramatté Vocal Competition winner who made her Carnegie Hall debut in Weill Recital Hall as a first-prize winner in the Barry Alexander International Vocal Competition, will also sing “Marianne’s Requirements”, a concert aria setting of a text from Jane Austen’s Sense and Sensibility, accompanied by Crinó on piano.

“Ms. Chan suggested the text to me,” said Lidov.  “At the time Austen wrote her novel, the latest craze in London was the waltz – very controversial, with couples dancing indecently close. You bet Marianne would have loved it, and her sensible sister, Elinor, would have disapproved. Setting the text to a waltz is my own conjecture, of course.  Jane Austen did not stay in London or write about waltzing.”

“Ron approached me a few years ago with his harmonic cycles of Bi-chords,” said Lidov. “Perhaps he hoped for a theoretical commentary or a semiotic pronouncement, but three tunes based on his system were what I came up with. Ron premiered them in a concert with Professor Christina Petrowska at Toronto’s Arts and Letters Club in 2011, but since the vocals and drums were AWOL at the time, we can consider this performance a semi-premiere.

“Imagine these all-stars from York’s jazz program letting me sit in on a session with them!” said Lidov. “It’s the scariest courtesy I’ve ever been offered.”

Chambers also performs the oldest composition on the program: Lidov’s 1985 “Prelude and Fugue for Unaccompanied Cello”, which Chambers recently recorded on his new CD, Canadian Voices.

Lidov is a music theorist, occasional pianist and a composer best known for works for small ensembles or voice. His music has been performed in North and South America and in Europe. He has taught in the York University Department of Music, where he was a founding member, since 1970. His theoretical investigations, beginning with a computer algorithm to write melodies in 1972, were an early and influential source for musical semiotics. His publications include Elements of Semiotics (1999) and Is Language a Music?, a collection of  writings on music (2004).

Compiled with files from David Lidov.