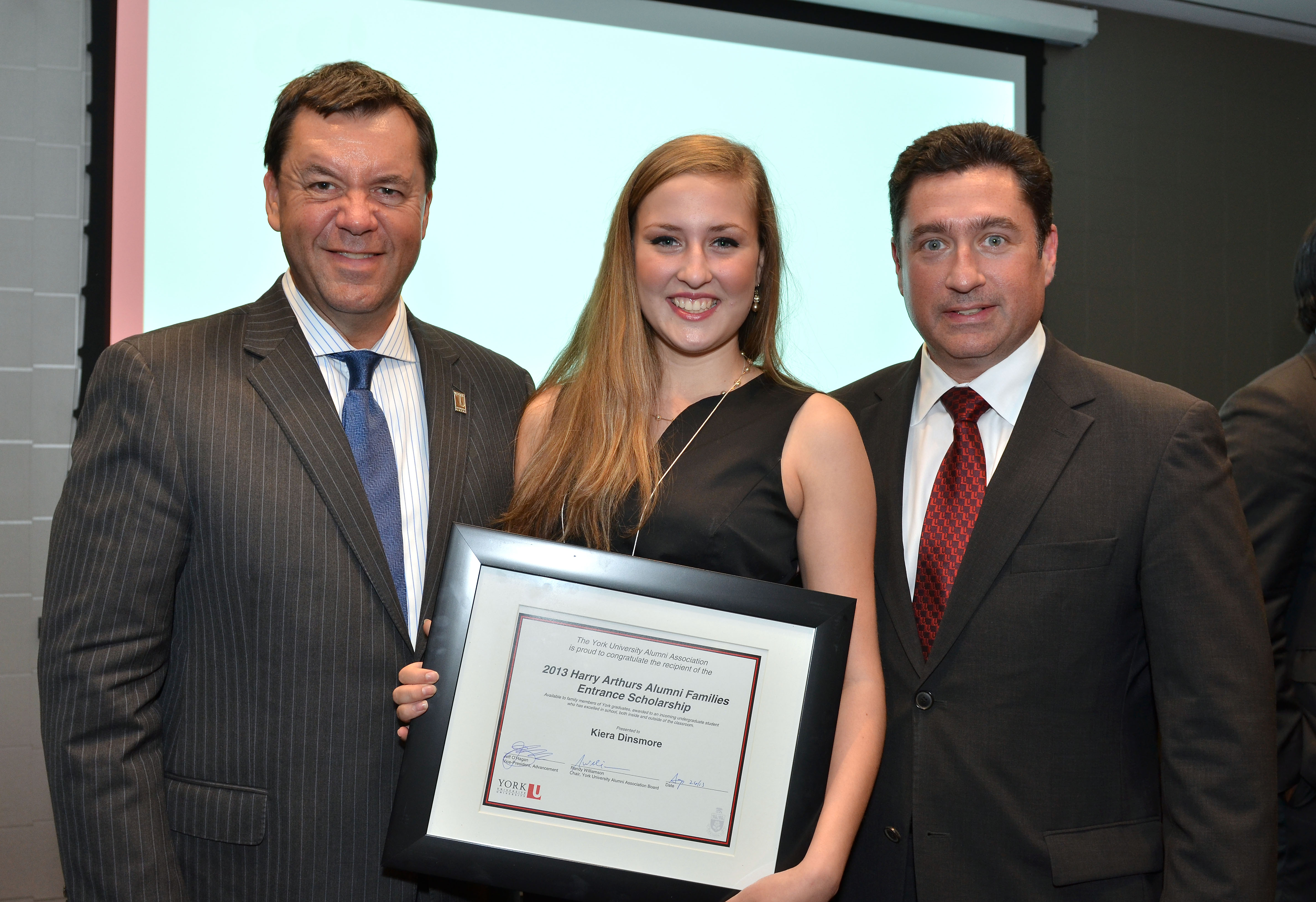 A special evening to reconnect with York University and network with alumni drew a large number of York supporters to the Toronto Board of Trade Sept. 26.

As a part of this year’s Homecoming celebrations, the 2013 annual general meeting and Toronto mixer of the York University Alumni Association offered new and seasoned alumni the chance to mingle, learn what’s new with the association and meet its directors.

“It’s a terrific time at York University. There are many great things happening and many successes to celebrate,” said Jeff O’Hagan, vice-president advancement, at the meeting. “Alumni are very special to us. We are proud of everything you do to champion and support the University. You play an integral part in our plans for the future and for building a York that is a leader among Canadian postsecondary institutions and indeed, around the world.”

Encouraged by his uncle Moe Irshad (BA ’07, BA ’08, BA ’11) to attend, Waqas Khalid (BA ’09) said the event was a good way for him to get better acquainted with happenings at his alma mater.

“It’s an amazing opportunity to network with people. It’s nice to see that there’s a York community and there are people here to help you,” said Khalid, who’s thinking about pursuing a second degree at York.

Ken Nakamura (BA ’79), now in his 34th year as a teacher with the Toronto District School Board, said he has always enjoyed meeting people at York alumni events.

“I’ve come back to the annual meeting and the mixer a few times – they provide an intimate atmosphere of the York community,” said Nakamura, a member of The York Circle. “It’s a good way to keep in touch with the University.”

Janine Manning (BES ’13) and Julia Salzmann (BHS ’13) each received $1,500 for the Alumni Golden GRADitude Award, created as part of York’s 50th-anniversary celebrations and granted annually to graduating students who have demonstrated excellence as well as leadership or made a significant contribution to York.

Harry Dang (fourth-year Faculty of Science student studying medical biology) received $4,300 for the Alumni Silver Jubilee Scholarship, created as part of York’s 25th-anniversary celebrations and grantedto a current York undergraduate student who has excelled in his or her studies and made a significant contribution to York or the community.

Kiera Dinsmore (first-year, Glendon College International Studies student) received $24,000 over four years for the Harry Arthurs Alumni Families Entrance Scholarship, awarded to an incoming undergraduate student who has excelled in school, both inside and outside of the classroom, and is a child, grandchild or sibling of a York graduate.

This year’s annual general meeting and mixer marked the first time in many years that York has held the two events in conjunction with the University’s largest Homecoming celebration in a decade. To see photos from all Homecoming events including The York Circle lectures, the Lions vs. Gee-Gees football game and the Glendon barbecue, visit the Homecoming photo gallery on the Alumni website.