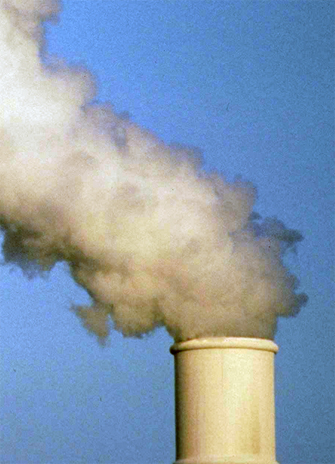 Innovation is one of the few human forces capable of bringing about the rapid change needed to take society off its unsustainable tract. That’s the central focus of the 2013 Morris Katz Memorial Lecture in Environmental Research lecture taking place Friday, Oct. 18 from 2:30 to 4pm in Room 103, Life Sciences Building on York’s Keele campus. Delivering this year’s lecture is Yale University chemistry Professor Paul Anastas.

Anastas is regarded as the “Father of Green Chemistry” for his ground-breaking work on the design and manufacture of chemicals that are non-hazardous and environmentally benign. He is also a champion of sustainability science and innovation for environmental protection.

In his Katz lecture, Anastas will discuss the power and potential of green chemistry and green engineering. Both are are fields that use the spirit and tools of innovation to design the products, processes and systems that are the basis of society and the economy so they will be more sustainable, says Anastas.  His talk will focus on the scientific achievements that have resulted in positive impact thus far and the steps that are being taken to ensure that the innovations resulting from these field are not just incremental but rather, transformative.

Anastas is the Teresa and H. John Heinz III Professor in the Practice of Chemistry for the Environment. He has appointments in the School of Forestry and Environmental Studies, Department of Chemistry and Department of Chemical Engineering at Yale University. In addition, Anastas serves as the director of the Center for Green Chemistry and Green Engineering at Yale. Previously, Anastas took public service leave from Yale to serve as the assistant administrator for the US Environmental Protection Agency and the agency science adviser from 2009 to 2012. From 2004 to 2006, Anastas served as director of the ACS Green Chemistry Institute in Washington, D.C. He was previously the assistant director for the environment in the White House Office of Science and Technology Policy where he worked from 1999 to 2004. Trained as a synthetic organic chemist, Anastas received his Ph.D. from Brandeis University and worked as an industrial consultant. He is credited with establishing the field of green chemistry during his time working for the U.S. Environmental Protection Agency as the chief of the Industrial Chemistry Branch and as the director of the U.S. Green Chemistry Program.  Anastas has published widely on topics of science through sustainability including eleven books, such as Benign by Design, Designing Safer Polymers, Green Engineering, and his seminal work with co-author John Warner, Green Chemistry: Theory and Practice.

Morris Katz, 1901-1987, was an outstanding scientist. He spent 35 years in public service, where he pioneered air pollutant sampling and measurement methodology and was among the first to demonstrate the presence of ozone damage to vegetation in Ontario. He taught chemistry at York until his death. He authored or co-authored more than 150 books and articles and was the recipient of numerous awards for his work.

The Morris Katz Lectureship was made possible by the establishment of an Endowment Fund created through contributions from his family, his friends, his colleagues, private companies, universities and government. It is intended that this lectureship become self-sustaining. Major contributions in support of this year’s lecture have been made by: The Centre for Atmospheric Chemistry and The Ontario Ministry of the Environment.