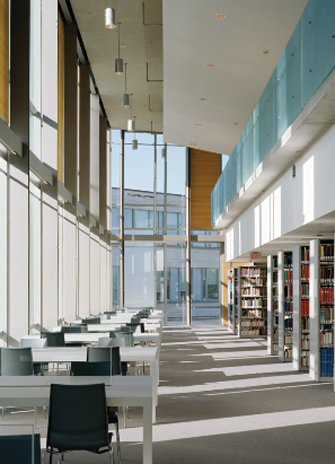 In placing 22nd, Schulich ranked ahead of Kellogg, Michigan, INSEAD, Yale, Duke, Cambridge and Oxford, and just behind UCLA, Cornell and Wharton. Schulich placed first among Canadian schools, eighth in the world among non-US schools, and 15th among all North American schools. Three other Canadian schools that made The Economist‘s Top 100 list are: the John Molson School of Business at Concordia University, which ranked 80th; HEC Montréal, which placed 84th; and the Rotman School of Management, which ranked 96th. To view the complete results, visit The Economist website.

“We’re pleased to once again be ranked by The Economist among the world’s leading business schools,” said Schulich Dean Dezsö J. Horváth. “We’re also proud that Schulich was ranked among the leading schools in the world in a number of the

areas that students identify as being most important, including diversity of recruiters, educational experience, salary increase following graduation and faculty quality.”

The Economist survey is the only major global ranking that rates business schools on criteria deemed most important to MBA students and alumni – everything from diversity of career opportunities to earning potential and networking opportunities. According to The Economist, the magazine ranks full-time MBA programs on “their ability to provide students with the things that they themselves cite as most important” and weights each element according to the average importance given to it by students.

Student and alumni ratings make up 20 per cent of the survey and 80 per cent is based on quantitative data, such as student quality, faculty quality, post-MBA salary and salary increase, and breadth of internationalism of alumni.

During its 25-year history, The Economist survey has tracked and measured the opinions of approximately 250,000 MBA students and alumni on categories they consider to be most important, including: