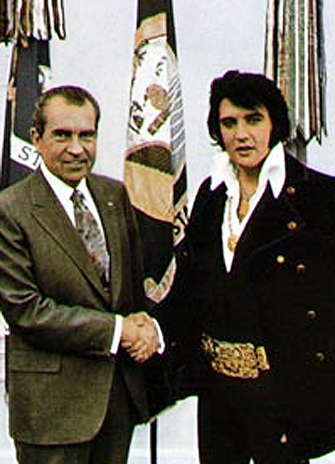 A two-day conference, New Directions in US Studies: Re-imagining the 1950s and 1960s, will look at the culture, literature, art, film, television, music, politics and more of the United States during an era of both boom and discontent.

The conference will take place Friday, Oct. 11 and Saturday, Oct. 12 in the Senior Common Room, 305 Founders College, Keele campus. Everyone is welcome to attend this free event. Registration information is available on the New Directions in US Studies website.

The conference will highlight exciting recent scholarship on the US in the 1950s and 1960s. It also launches York University’s

new US Studies Program, where students can select from among more than 60 courses in 14 departments.

“York has an extraordinary breadth of talent in this area. The conference will showcase, along with the contributions of other distinguished scholars, York’s excellence in American studies,” says York history Professor Marc Egnal. “There will be sessions on one of the great periods of art, on Hollywood and television. Rarely has American culture been so influential around the world as during those two decades. Rock ‘n’ Roll became the dance beat in many countries. Artists like Jackson Pollock and Jules Olitski became leaders in painting.”

The period also encompassed the calm after the Second World War, the Vietnam War and the Cold War, along with protests and activism around peace, nuclear weapons, women’s rights, sexuality and more. “The 1950s and 1960s are a remarkable era of change – and an important period for all the disciplines that study the US,” says Egnal.

The keynote will be delivered by Professor Paul Buhle of Brown University who will discuss the rise of graphic novels and other non-traditional literature, fiction and non-fiction. His talk, “Culture as Politics: How Vernacular Arts Opened up US Studies…and why it needed opening so badly”, will be Friday, from 5 to 6pm, followed by a reception.

As an activist since his teen years, Buhle established a new left journal in the 1960s and a journal on popular culture in the 1970s. He has edited or written more than 40 books, including a three-volume study of Jews and popular culture, an authorized biography of C.L.R. James, as well as graphic histories of the Industrial Workers of the World, Students for a Democratic Society and Emma Goldman.

Some of the other talks will include: “Intonation, Metaphor and Meaning in Bob Dylan’s ‘Like A Rolling Stone’” by guitarist, singer and York alumnus Mike Daley (MA ’97, PhD ’07); “The Political Economy of American Empire” by Leo Panitch, York Distinguished Research Professor; “In the Service of Empire: US Television Spies in the 1960s” by Joseph Kispal-Kovacs of York’s Department of Film; and “Dressing the Model Body in Early Cold War Style: Fashion Designers, Models, and African American Womanhood” by York alumna Laila Haidarali (PhD ’07), now at the University of Essex, England.

Seven panels will present from the fields of history, political science, sociology and literature, as well as art, music and film. The panels will be as follows:

For more information on the conference, visit the New Directions US Studies website.

For more information about the new program, visit the US Studies Program website in the Faculty of Liberal Arts & Professional Studies.