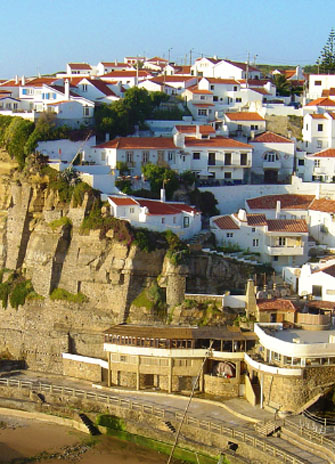 There are approximately 250 million speakers of Portuguese in the world today, living in nations and territories such as Brazil, Portugal, Angola, Mozambique, Guiné-Bissau, Cape Verde, São Tomé, East Timor and other countries. Immigrants from these nations are also scattered in large communities throughout the world, with major concentrations in the United States, Canada, France and other European destinations.

Lusophone studies (the study of this Portuguese-speaking world) is a broad interdisciplinary area that includes the many crossroads, perspectives and contexts that have contributed to this diaspora. Lusophone lives have been molded by many factors, which range from historical, social, political and economic circumstances to established and new migration patterns between Lusophone and non-Lusophone countries. The outcome is visible in both geographical and ethnocultural development of many Lusophone identities that intersect in many countries.

Lusophone studies focuses on these perspectives and intersections to create an inclusive study of current issues and viewpoints that relate to this historical legacy. Until recently, this body of scholarship had been largely ignored in Canada. To address this omission, the newly created Lusophone Studies Association – the first of its kind in this country – is holding its inaugural conference, “Exploring the Crossroads and Perspectives of Lusophone Studies“, at York University from Oct. 29 to Nov. 1 at venues in Founders College and Winters College on the Keele campus. The conference seeks to gather all individuals who are interested in Lusophone studies by offering a forum to encourage current and new debates in this emerging area of scholarship.

Over the course of the four-day conference, Lusophone Studies will be examined from academic, political, artistic and cultural perspectives. On Oct. 29, the opening ceremonies for the conference will feature remarks by hosts Marie Rickard, master of Winters College and Mauro Buccheri, master of Founders College. As well, comment to conference participants will come from the diplomatic corps with responses from Júlio Vilela, consul general of Portugal in Toronto, and Afonso Cardoso, ambassador of Brazil to Canada. The conference opening keynote address will be delivered by Brown University Professor Onésimo T. Almeida (left) on Oct. 29. His presentation is titled “Lusofonia – On Language and What it Does and Cannot Do”. Almeida teaches Portuguese Cultural and Intellectual History at Brown University in Rhode Island. He is also the author of numerous books, short stories, plays and crónicas. Key among his publications is his book of Portuguese-American short stories is Sapa(teia) Americana, first published in 1983, which was re-released by Salamandra in 2000, and again by Círculo de Leitores in 2002. His book Mensagem – uma Tentativa de Reinterpretação (Angra do Heroísmo, 1987) won the Roberto de Mesquita essay prize.

He also founded and is the co-editor of Gávea-Brown, a journal specializing in the recording of the Portuguese experience in North America. He is co-editor of the recently created e-Journal of Portuguese History, a joint-venture by Brown University and the University of Porto. He is a member of the editorial board of several professional journals, as well as a member of various professional organizations. He was elected member of the Academia Internacional de Cultura Portuguesa, Lisbon.

Numerous faculty members from York University are participating in the conference proceedings. There will be performances by well-known Lusophone musicians Helder Pereira and Nuno Cristo.

The conference is presented and funded by Founders and Winters Colleges, the Office of the Dean of the Faculty of Liberal Arts & Professional Studies, the Department of Languages, Literatures & Linguistics (Portuguese Studies), the York University Portuguese Association, the Camões Institute, Brazil Studies Seminar, CERLAC and the Canadian Centre for Azorean Research and Studies.

Everyone is welcome to attend this event.  To register or to see the conference schedule, go to the Lusophone Studies Conference website. For more information, contact Robert Kenedy by e-mail at rkenedy@yorku.ca.